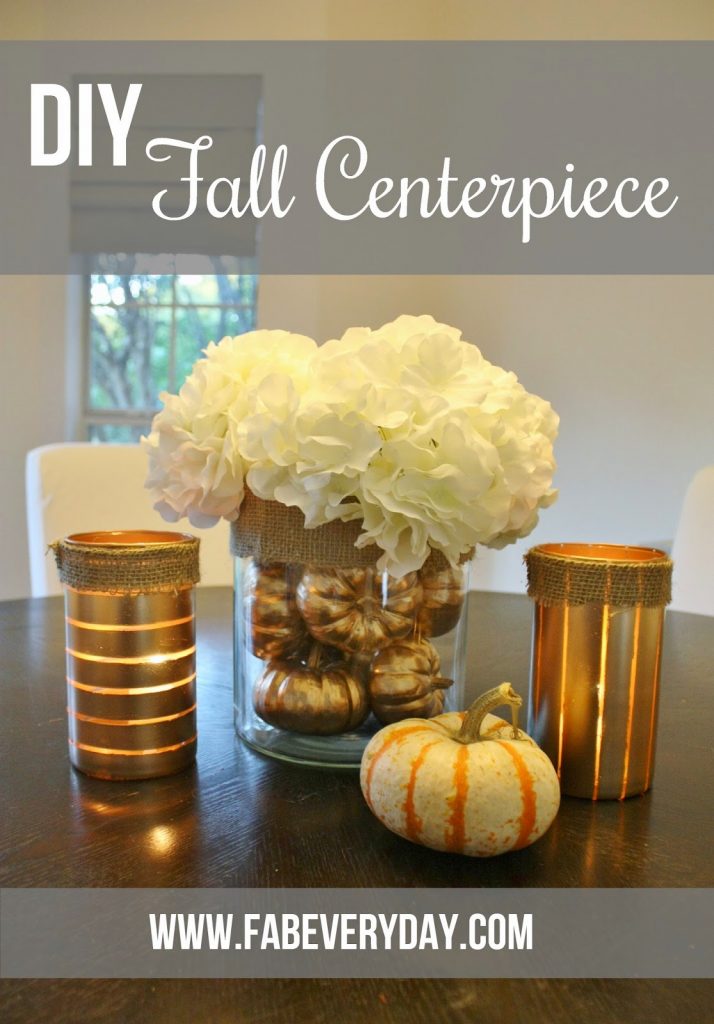 I was looking to update some of my home décor for the new fall season, and a fall-inspired centerpiece seemed like a perfect way to do this. Here’s how I put it together.
﻿ 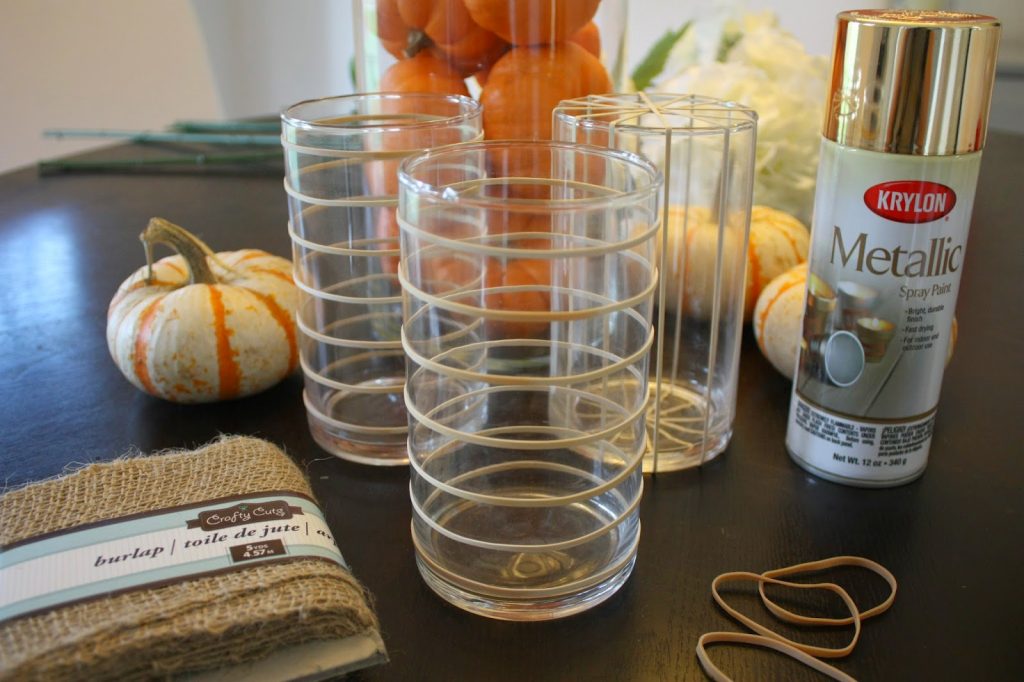 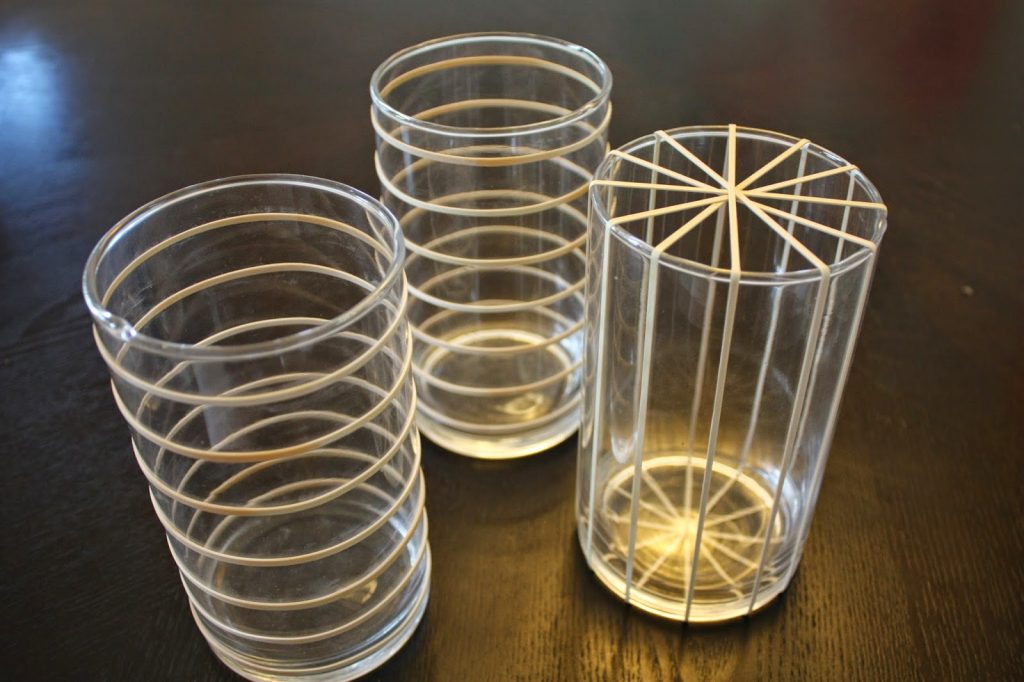 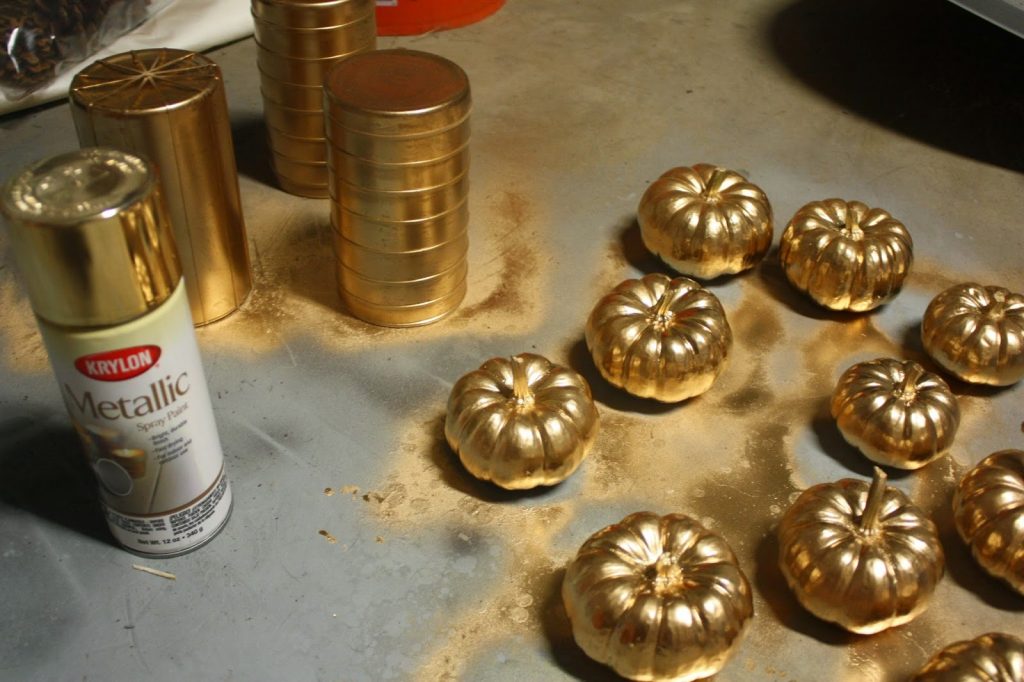 Then, I applied a few coasts of Krylon metallic gold spray paint to the small vases (with rubber bands on) and the small orange pumpkins.  Can you believe how luminous the pumpkins look with a few coats of the spray paint?
After the paint thoroughly dried (I waited 24 hours), I carefully removed the rubber bands to reveal a really cool pattern.﻿

Using a hot glue gun to secure it, I wrapped some thin strips of burlap around the tops of the small vases and a thicker strip around the top of the large vase.
I filled the large pillar vase with the small gold pumpkins, then put candles inside the smaller vases.  When lit, the light from the candle glows through the pattern on the spray painted vases in a really pretty way.  An especially nice touch would be to use fall pumpkin, cinnamon or apple scented candles to add to the seasonal ambiance.
To top it all off I added four hydrangea flowers (I used fakes from Michael’s) to the vase.  I then surrounded the vases with the small, white decorative pumpkins.
Overall a pretty quick and easy DIY!﻿

Days of Wine and Roses - How to create a rose-them

This is 40, I guess, if you’re someone who wears