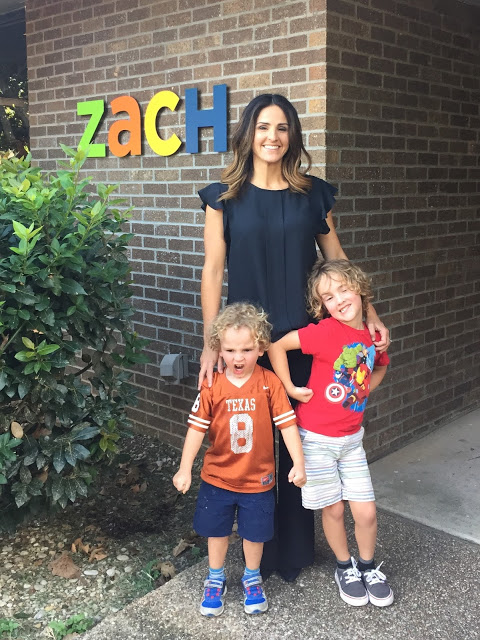 Need an idea for a family date night?  Try going to a play!  We had the great opportunity to see the stage production of Winnie the Pooh at ZACH Theatre in Austin last Friday.  It was not only a great, enjoyable performance for the adults, but it was also an unforgettably fun experience for the kiddos. 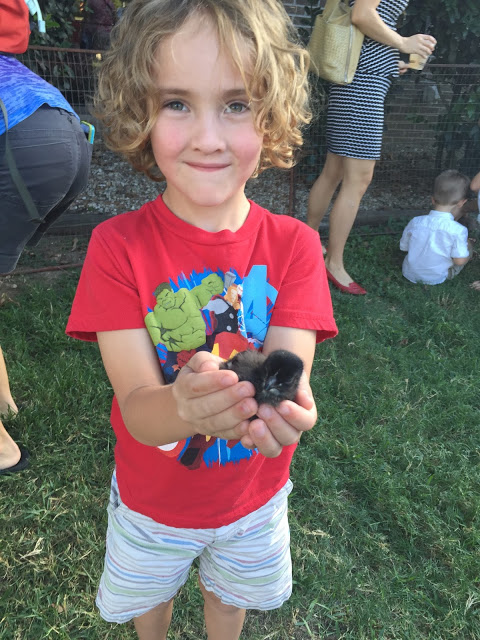 When we arrived at the theatre we were surprised (but excited!) to find a petting zoo.  The kids had the best time playing with baby chicks, goats, ducklings, piglets, and bunnies before we went inside. 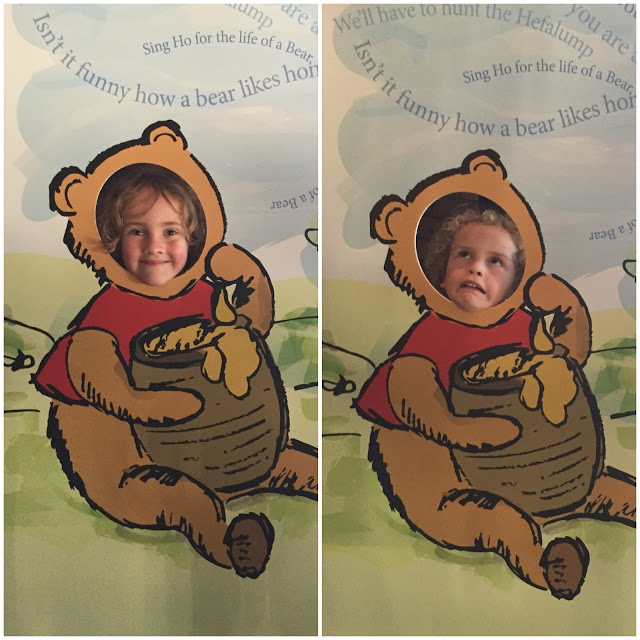 There were some interactive decorations inside the theatre.  As you can see, my little goofballs had fun posing as Pooh. 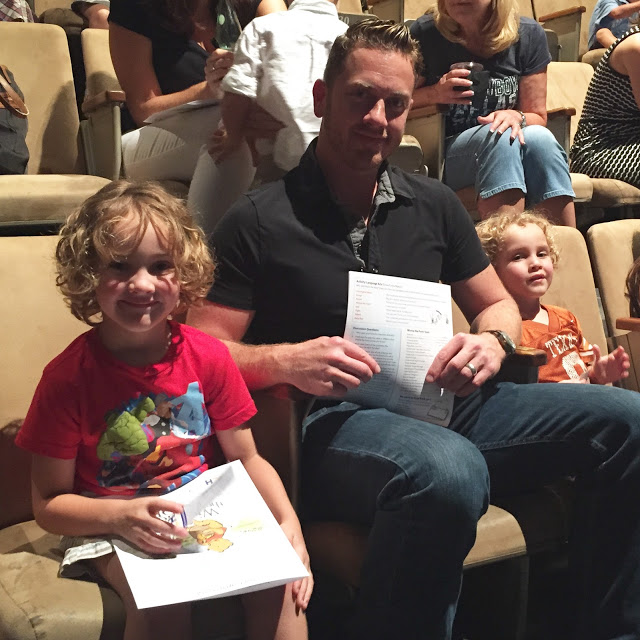 The kid-friendly experiences continued – the programs included activity pages for the kids.  This was perfect for keeping their attention after taking our seats and waiting for the show to begin.
I will be honest and say that I was a little nervous about their ability to sit respectfully and quietly during the performance.  Grayson had been to the theatre before (his first show was Rent at the Hollywood Bowl), but he was so young.  Once the show started, I realized we had nothing to worry about.  The kids were immediately engaged by the cast, who invited audience interactivity from the start.  The entire play saw the kids laughing out loud, responding to the cast, or with mouths agape from the “magic” of it all.  Grayson even whispered to me “I love this play so much” before the first act was even complete.  Then during intermission he was eager to get back to his seat for fear that he might miss the second act!  le Clanche du Rand’s adaptation kept the whimsy of the original A.A. Milne story while adding modern elements that could easily engage young kids of today.
The acting was impressive, and required the actors to maintain high energy the whole time.  The kids responded really well to each character.  Grayson’s favorite was Pooh (played by Will Cleveland) with his head-stuck-in-the-honey-pot antics and the “oh, bothers.”  My husband and I were equally as impressed with J. Quinton Johnson’s Rabbit and Christopher Robin; he not only acted well, but was an impressive singer and dancer.
The heart and personality of the show were Sara Burke’s sweet and silly piglet, and Russel Taylor’s hilarious Eeyore.
The show was short enough to not keep the kids up too late, and also maintain their attention until the end.  Every kid in the audience loved it, and we saw some big smiles spread across the adults’ faces too.
What a fun way to spend an evening with the family!  Winnie the Pooh is playing at ZACH through December 12th as part of their Theatre for Families series, so don’t miss your chance to see it before it closes!  We may go again per Grayson’s request.  Watching this kid’s face during the show, and hearing the way he talked about everything for days afterwards, I am pretty sure this experience ignited a life-long love of theatre and the arts.  Get out and see a show with your family, and ignite that spark yourself!
Tweet
Pin
Share
0 Shares