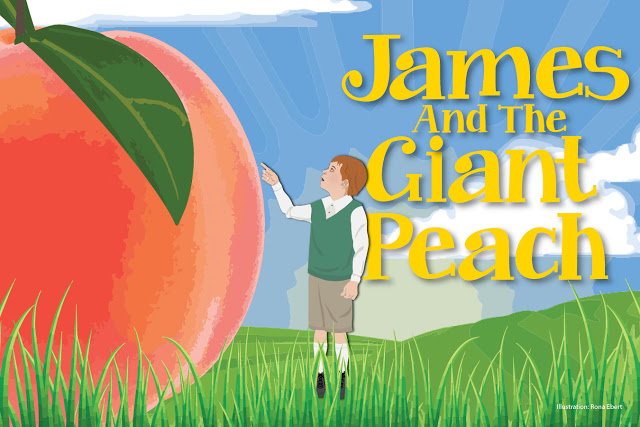 We had a fun family date night last night!  We went to see the opening of James and the Giant Peach at Zach Theatre in Austin (part of their Theatre for Families series).  After the great time we had at Zach’s Winnie the Pooh performance in the Fall (see the blog post here), the boys could not wait for another chance to experience the theatre magic.  They were positively antsy all week in anticipation, theorizing on how the production crew would create a giant peach, how it would fly, etc.  It warmed my heart to see how the last theatre experience stuck with them as they wondrously fantasized about what James and the Giant Peach would be like.
Directed and choreographed by Abe Reybold, this musical adaptation of the Roald Dahl classic is a fun update that captures the magical spirit of the book.  I was immediately impressed with the makeup and costumes, which were done in a steampunk style.  The steampunk theme continued with some of the elements of the set design, which had a vintage industrial feel.  This was a fun take to bringing the book to life along with song and dance.
As for the performance, the kids in the audience (mine included) were in awe the entire time.  My boys had smiles spread across their faces throughout, and laughed out loud at the antics of Spiker and Sponge (played by Amber Quick and Kim Stacy), who brought a level of comedy to the show that even the adults in the audience could appreciate.  The beautiful singing voices of Sara Burke as Lahdalord (who we saw as Piglet in Winnie the Pooh) and Jessica O’Brien as Lady Bug demonstrated the level of talent that Zach is able to pull for their productions.  My favorite part of the show was the song by the loveable Earthworm (portrayed by Gustavo Gomez), which had the entire audience (children and adults alike) laughing with joy.
Just like when we saw Winnie the Pooh, Zach made the effort to make the entire theatre experience engaging for the children.  There were pipe cleaners and small puppet crafts for the kids to make, activities on the child-geared playbill, and photo stand-in boards in the lobby.  Even more exciting than that, however, was the opportunity for the kids to meet the cast after the show.  My two little fanboys were awestruck when interacting with the friendly actors and actresses… I practically had to pull them away from Diego Rodriguez (who played James) when it was time to go home!
James and the Giant Peach plays at Zach Theatre now through April 10th, and you can get your tickets here.  If you are looking for something fun to do with the family in Austin, this show is something that the whole family will enjoy!  We will be watching the Theatre for Families calendar to see what kind of magic the Zach will bring us next! 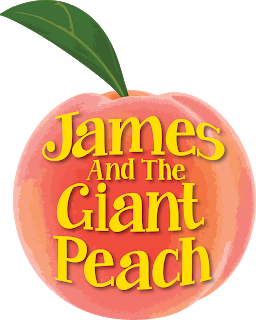