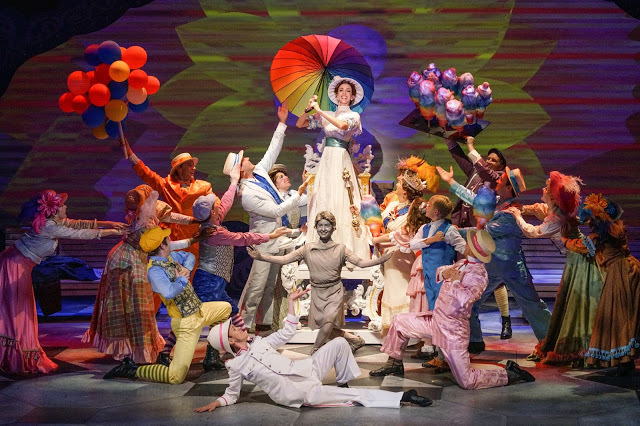 The Fab Fam loves going to the theatre.  G has been seeing live plays since he was an infant.  We have been so happy to discover ZACH Theatre since we moved to Austin.  We started taking the boys on family date nights to ZACH through their Theatre for Families series last year.  The boys are just mesmerized by the music (first we saw Winnie the Pooh last fall, then we went to James and the Giant Peach earlier this year), and seeing the sets change during live theatre.  It’s like magic for them, and the Theatre for Family series plays we’ve seen were short and interactive (great for keeping the attention of young kids), and also included arts and crafts activities for the little ones.

This past weekend we had the chance to take the boys to their first “big kid” play at ZACH, Mary Poppins.  If you are looking for something fun to do in Austin with your family this summer, I recommend you get yourself to ZACH to see Mary Poppins spit spot!  Not just entertaining for the kids, the adults in the audience had an awesome time, too – or rather, a supercalifragilisticexpialidocious time! 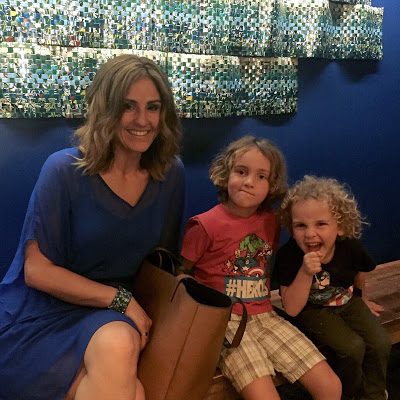 The whole production rocked.  The set design featured a great combination of traditional and tech, utilizing both physical moving sets and digitally projected imagery.  The actors were all highly talented singers, dancers, and comedians.  No spoonful of sugar was needed to feel a part of the magic of it all.  Children and adults alike were engaged the entire time, and moved through many different emotions.  The audience laughed, cheered, even cried.  My children were left awestruck more than once.

The first time I had to pick the boys’ jaws off the floor was with the Jolly Holiday number.  So colorful, so perfectly coordinated, and so well sung and danced, I was sure that in that moment my older son decided he wanted to be on stage himself someday.  They laughed loudly and giddily during the comedic Spoonful of Sugar, then clapped and sang along during Supercalifragilisticexpialidocious. 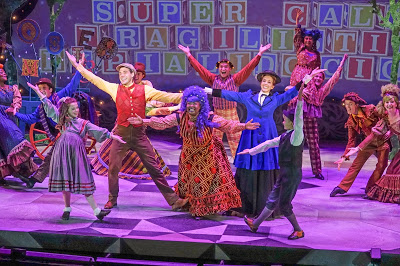 The kids (and if I’m being honest, I did too) felt each emotion along with the young actors when they were reunited with Jill Blackwood’s Mary Poppins at one point.  My favorite part was Step in Time, where the co-ed cast of chimney sweeps had the audience’s heart pumping during an impressive tap dance sequence that received a standing ovation.  I may be inspired to find my old tap shoes after that one! 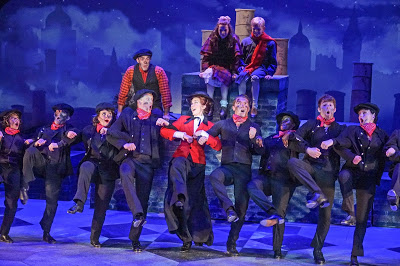 The boys were thrilled the entire time.  G was glued to the details, and kept exclaiming how “awesome” and “cool” different elements were while trying to figure out how the wire-work and set moves were accomplished.  S was quiet, with his brown eyes wide, and would applaud furiously after each song. 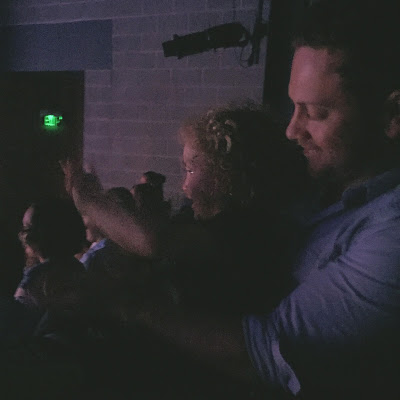 With how busy we are all the time, and how much we travel, we have discovered that it is so important to make time with our family to connect and have special experiences together.  Live theatre has become such a great family date night option for us, as we all enjoy it so much.  Plus, an added bonus is that attending live theatre enhances “literary knowledge, tolerance, and empathy among students” according to a study published in Science Daily.

Mary Poppins runs at ZACH through September 4, 2016.  Get your tickets for a fun, family date night of your own here!