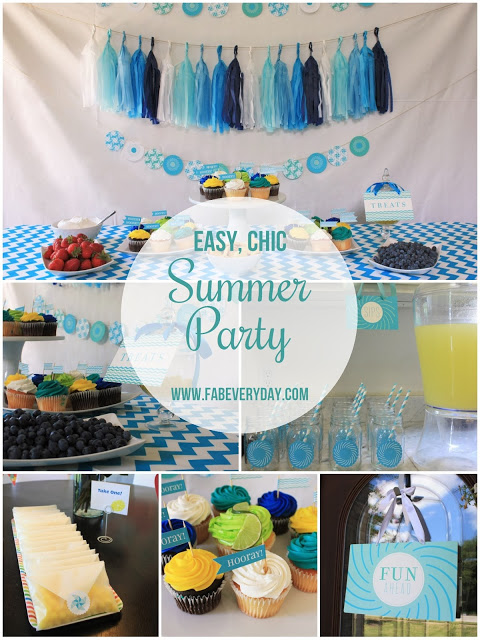 Sponsored Post Disclosure: I received products from Minted for review purposes.  The opinions are completely my own based on my experience.
Affiliate Link Disclosure: This post contains some affiliate links, which means that if you click on the product links and make a purchase, I may receive a commission.  This does not cost you anything additional, and helps me to keep the rest of my content free, so thank you!

With G on summer break, he misses the social interaction he is used to during the school year, so we decided to have a summer party to get some of his school crew together for some fun in the sun.  After all, it doesn’t have to be someone’s birthday to get together for a party – summer is enough reason to celebrate!

We were further inspired by a sour candy competition G saw one of his favorite YouTubers do.  We realized that it was perfect for kids (much easier on their little tongues than a spicy competition), so it became a central part of the party.  But more on that later in the post.

Since this wasn’t a birthday party, I didn’t want to spend the time and effort on DIYing and planning everything to a “T,” but on the other hand, I have a certain standard to uphold for my parties.  I met my party planning soulmate when I discovered Minted… which basically provides you with a Pinterest-style party in a box.  Minted sells all sorts of different party supplies (invitations, decorations, even paper serve-wear), but I was immediately attracted to the Party Décor section, which features dozens of different party color and décor themes created by individual artists.  When you find a theme you like, you can choose from three party suites (Dream Party, Perfect Party, Unique Party), which take the guesswork out of what you need for any kind of shower, birthday party, bachelorette party, etc.  Or you can choose items a la carte (at a discount when you by three or more items from the same theme).  Either way you go, the items are all lovely and coordinated, with that personally-designed, DIY feel.

The result was, no joke, the least stressful party I’ve planned in a long time, but without sacrificing my standards of style.

Before I get into the party details, I am excited to share a giveaway with you!  Between now and 11:59 pm PDT on Friday, August 12th, click here to enter for a chance to win $150 worth of credit from Minted!  The giveaway is only open to legal residents of the 50 United States and District of Columbia who are at least 18 years old. After 11:59 pm on August 12th, one lucky winner will be randomly drawn for the $​150 prize!  You can decorate an entire party with $150!

For our recent party, I chose the Pinwheel Party Décor, a chic and unisex color scheme that looked perfect for a kid’s summer party.  The pinwheels provided a bit of whimsy, and the blue and teal color scheme evoked colors of blue skies and oceans.  Even though the pre-set party suites included options to customize quantity and personalize the signs, I decided to choose my items a la carte.  Since it wasn’t a birthday party, I didn’t need some of the traditional party items offered in the suites, but the suites did help me determine the items I may need for my party.

In less than two weeks, I received the box of goodies from Minted.  Like I said earlier, it was like a Pinterest party in a box!  Everything came pre-printed, pre-cut, and included simple DIY instructions for putting it together (if applicable).  Where I would normally be doing my party DIY for months, I started leisurely assembling the decorations only one week before the party!  As you will see with the photos, it really did have that custom-designed look, but without the time and effort I normally would have put in to execute a party like this.

Not everything required assembly, and some of the items were as simple as signs or labels to use however you’d like.  The offerings also provided enough versatility that the party didn’t feel cookie cutter.  For example, these flag labels could be used for cupcake toppers (like I did), or on straws, cake pop sticks, and more: 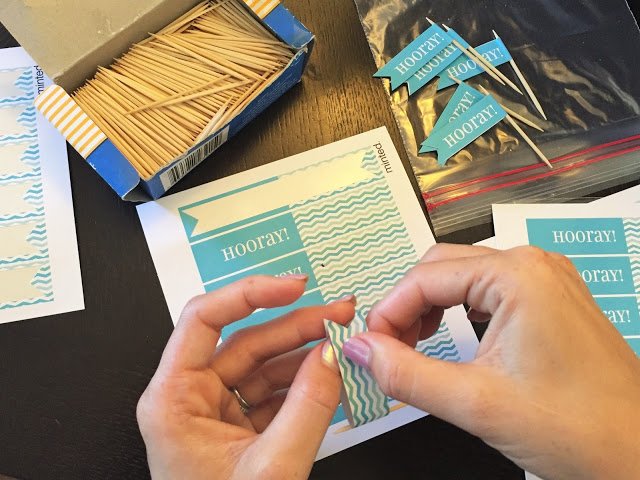 Here is how it all turned out!  Details and purchase links are listed below. 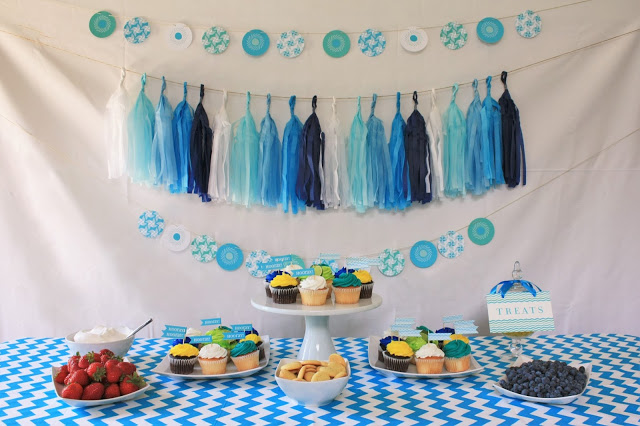 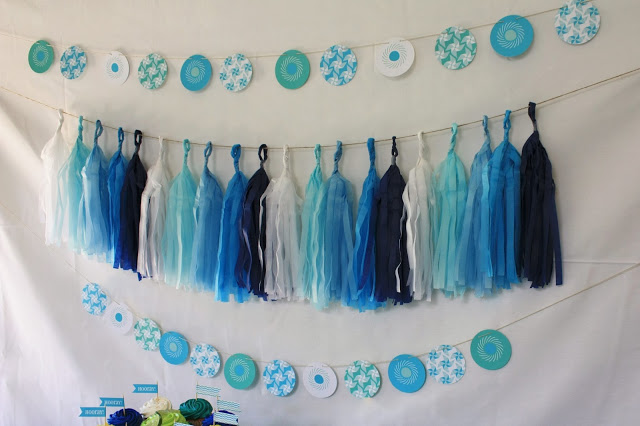 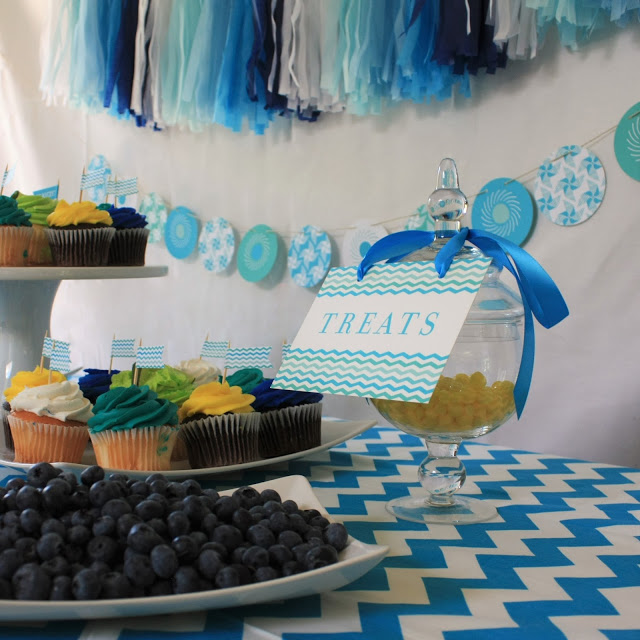 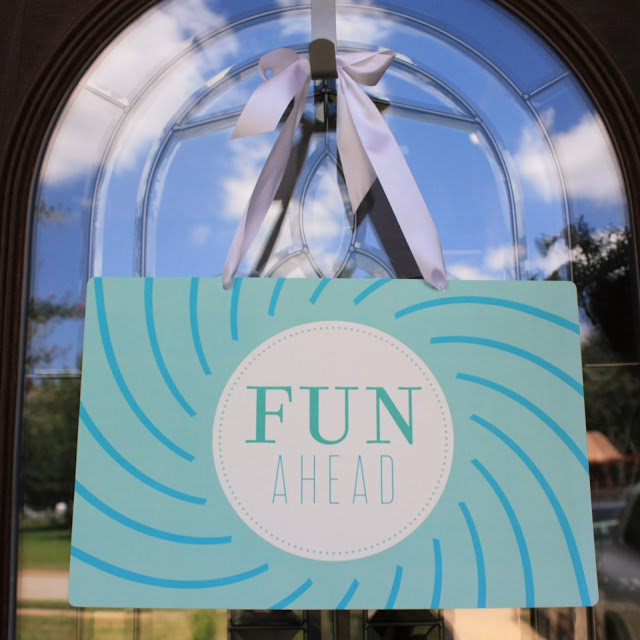 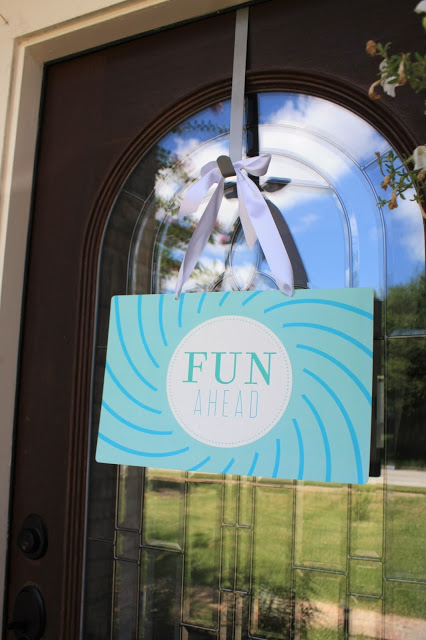 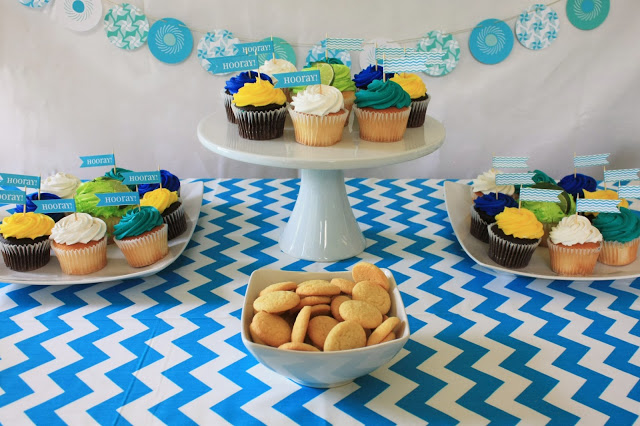 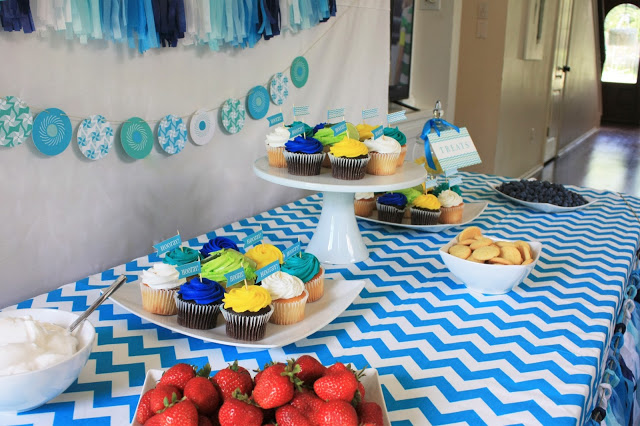 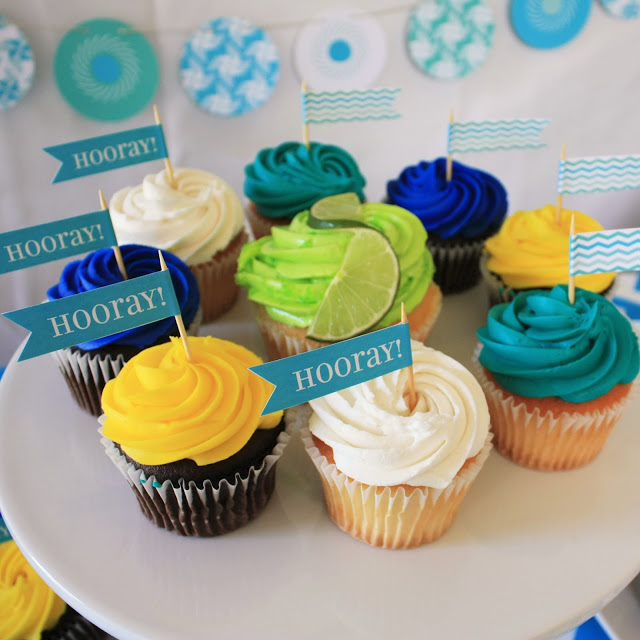 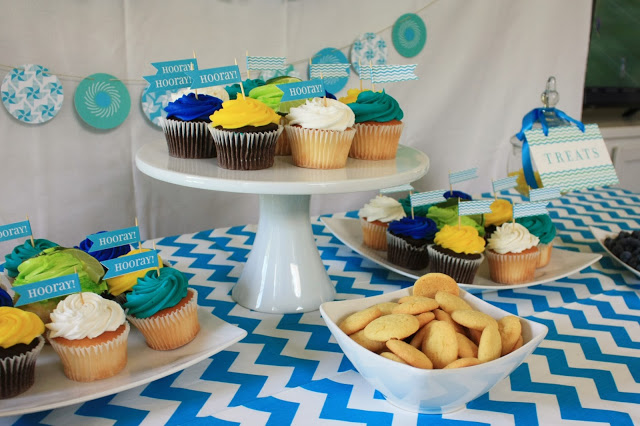 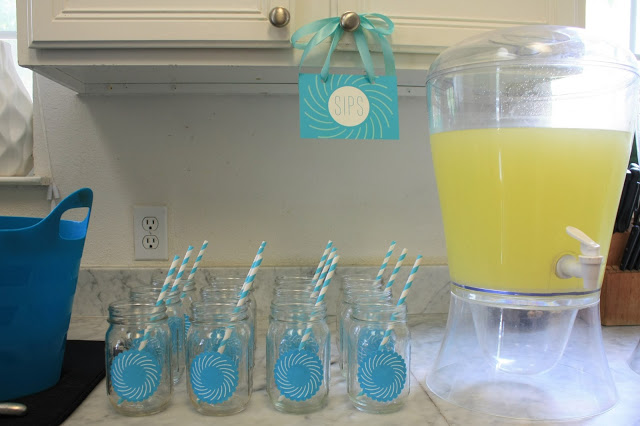 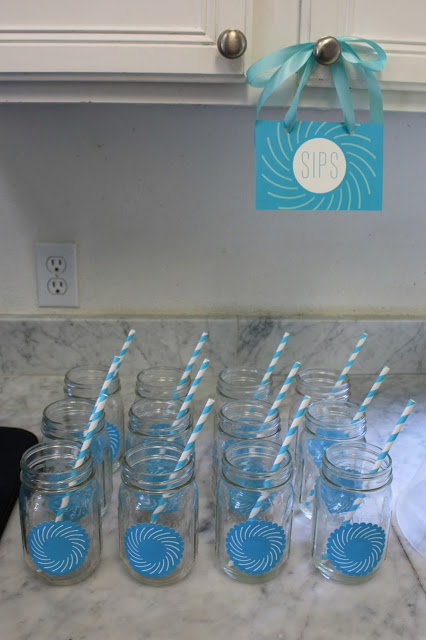 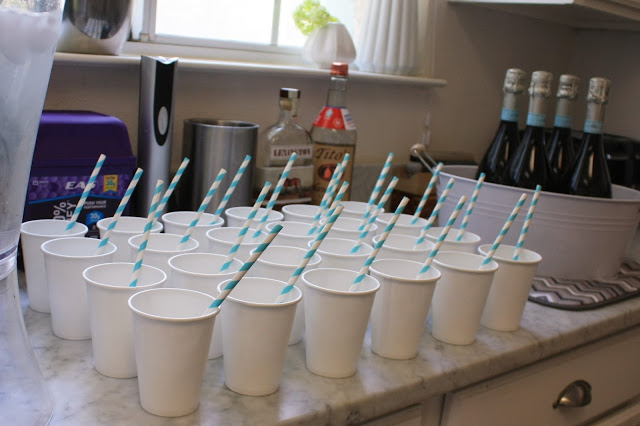 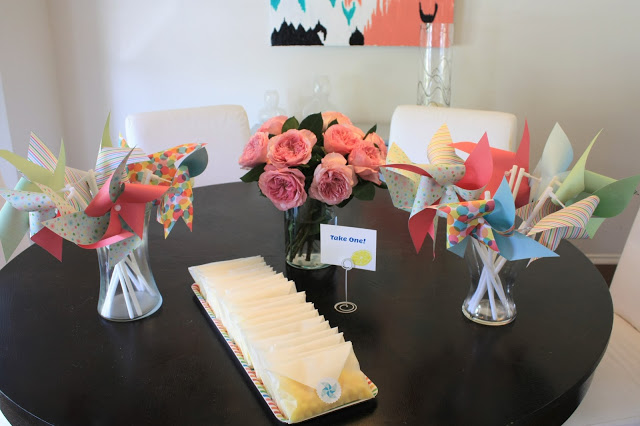 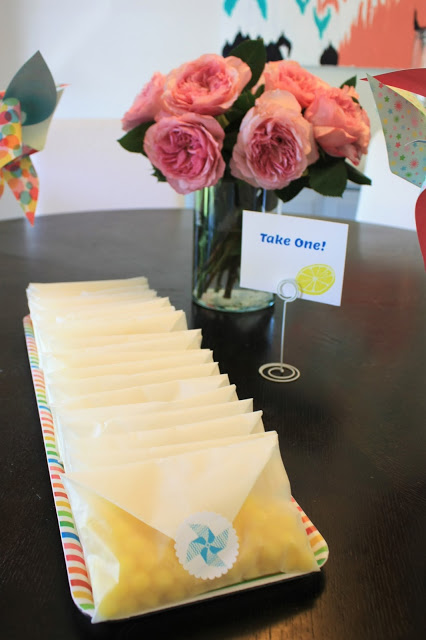 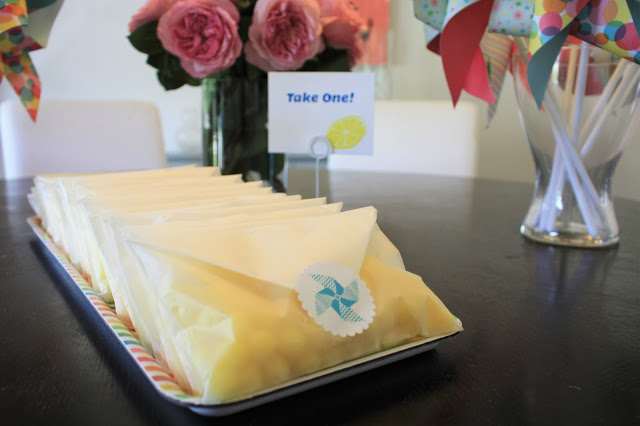 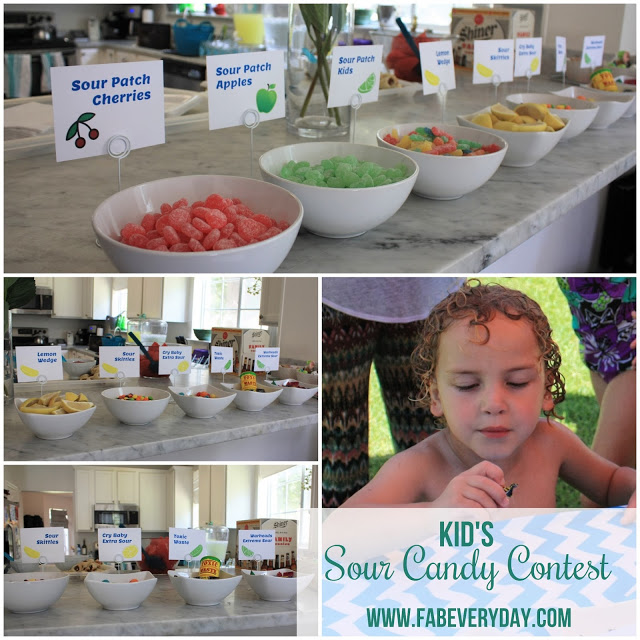 As I mentioned earlier, the sour competition was the hit activity of the party.  After doing some research online, I ordered seven different types of sour candy from Amazon (list with purchase links below) for the kids to try, one at a time.  The rule was that they had to finish the candy (not spit it out) to move onto the next level. 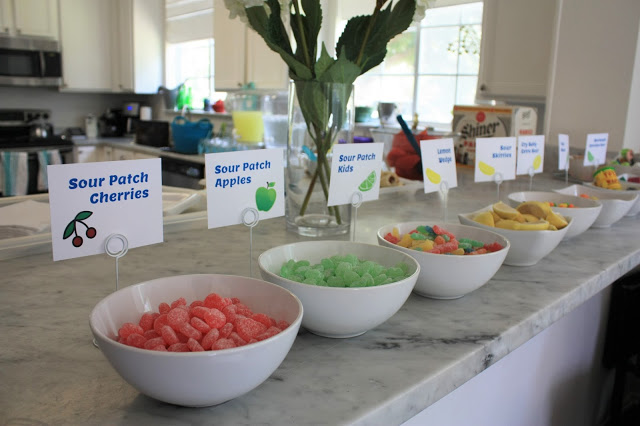 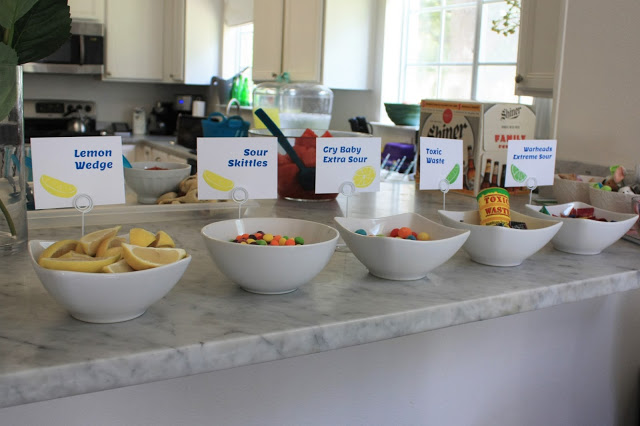 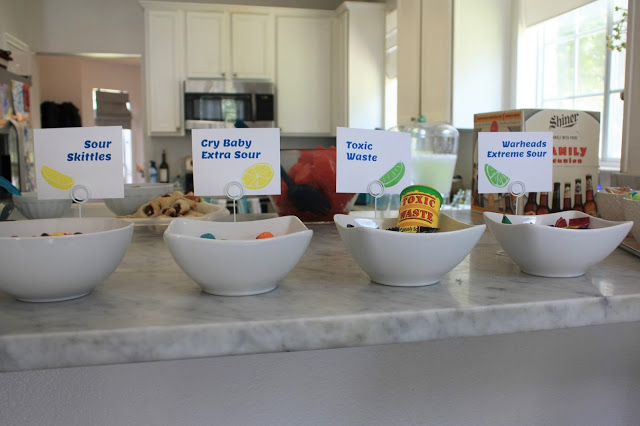 Sour Competition (in order of sourness, all ordered from Amazon): 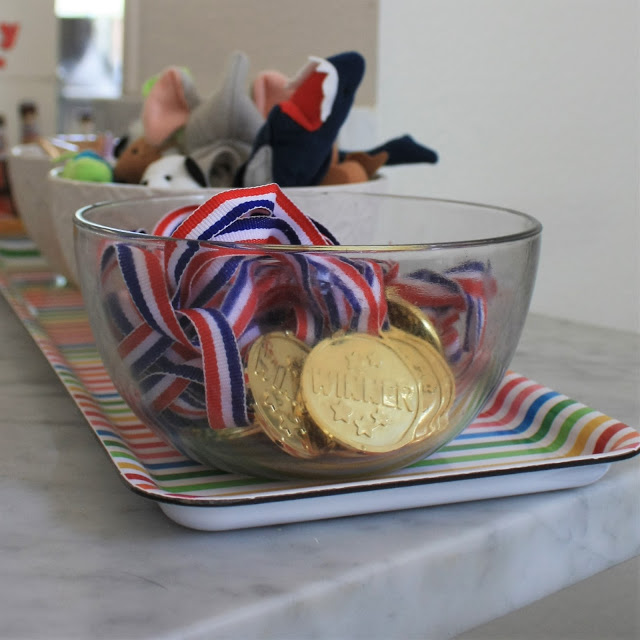 I used these award medals and small party favor-type toys from Target and IKEA as prizes (letting the kids choose a small prize after every two levels surpassed, with the medals for those that made it through all) 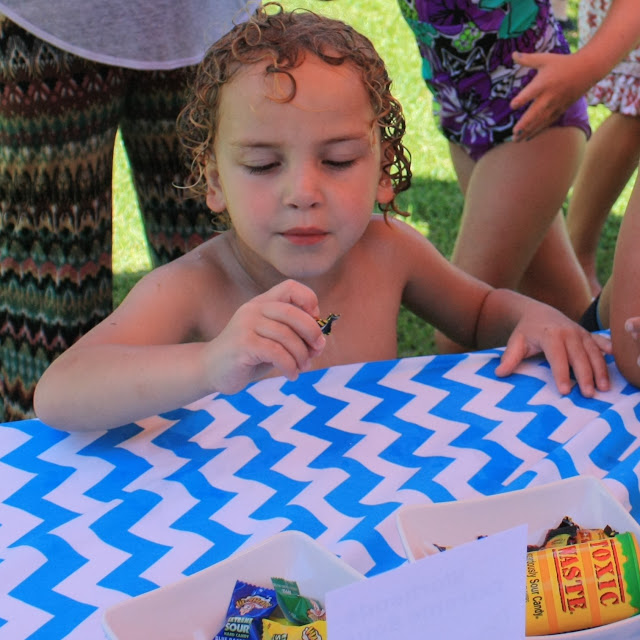 S stayed in the competition longer than I expected!
The sour competition was so much fun, and the kids were so proud of their medals and prizes.  None of it was too intense for the kids who stuck it out.  Plus, their faces were priceless!
Aside from the sour competition, it was all about fun in the sun – a key component of a summer get together!  We got some outdoor play items, and the kids took it from there.

Other Activities (all ordered from Amazon): 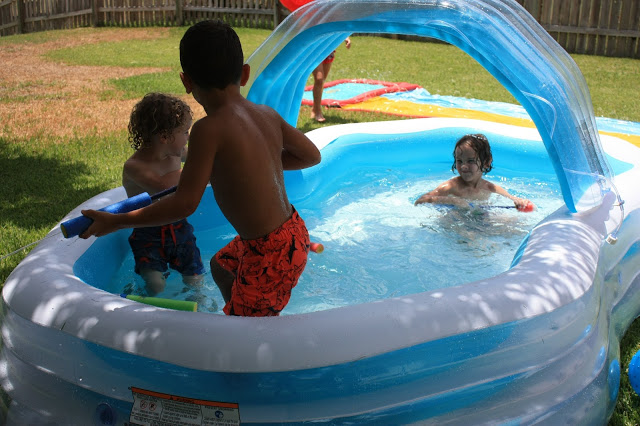 The water blaster fights started almost immediately!  So worth the money for these cheap sets from Amazon. 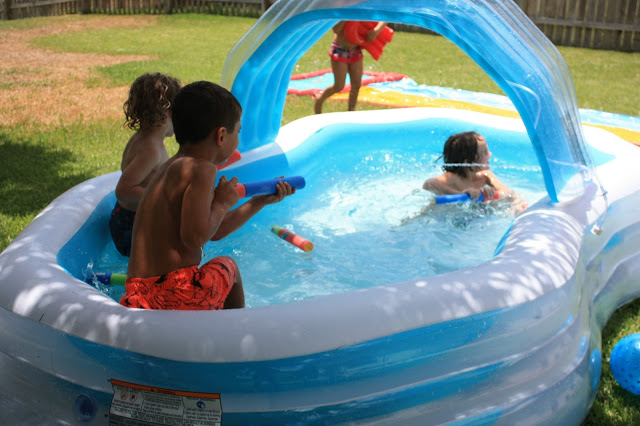 Most importantly, the kids and the adults all had a blast, so I check this as another successful Fab Everyday party!

Check out the Party Décor section on Minted for your next party, and don’t forget to click here by 11:59 pm on August 12th to enter for a chance to win $150 worth of Minted credit!

Remember to pin if you’re inspired, and follow @fabeveryday on Pinterest for more kid’s party décor, and ongoing inspiration for your entertaining.