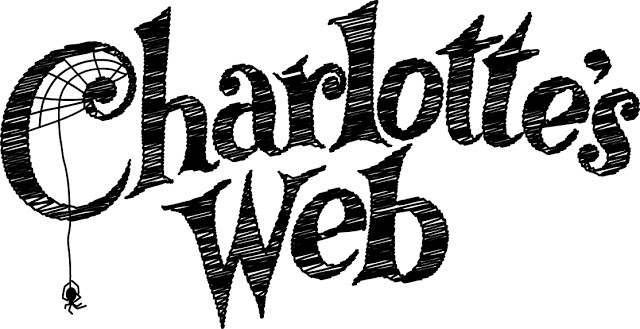 One of our favorite family activities is going to the theatre.  In Austin we have been very fortunate to have great children’s theatre with ZACH Theatre’s Theatre for Families series.  Plays in this series are geared for families with young children, which means that in addition to fun stories, the performances are interactive, short (great for toddlers’ attention spans) and full of that theatre magic that kids love!

This weekend we went to a matinee of Charlotte’s Web at ZACH.  I can truly say that this one was just as enjoyable for the parents as it was for the kids!  Read on to see my review.  Charlotte’s Web is playing now through December 3, 2016, and you can get your tickets here. 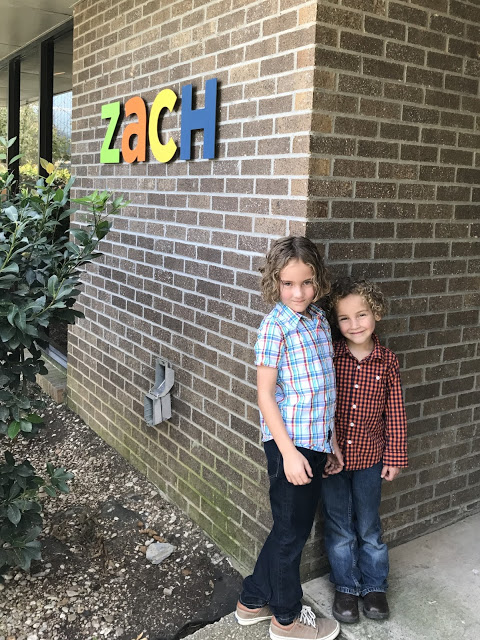 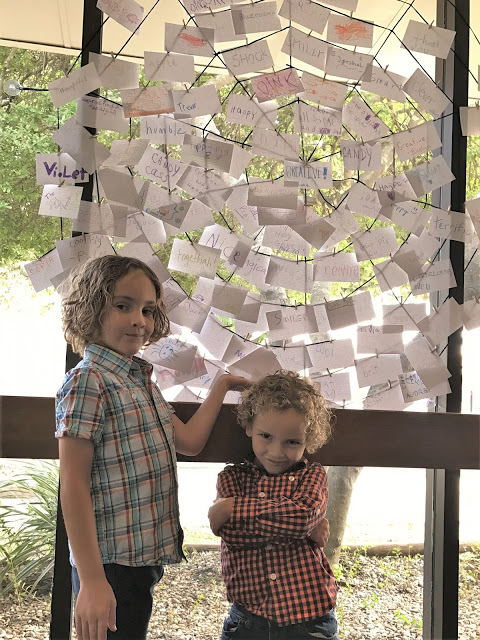 Like all children’s theatre at ZACH, there were activities to keep the kids entertained before the show started, and start engaging them with the story.  For Charlotte’s Web, the kids got to write their own messages for one of the spider webs hanging in the lobby.  Though with a story as classic (to both our kids and us adults) as Charlotte’s Web, we didn’t need a lot to engage with the story in advance! 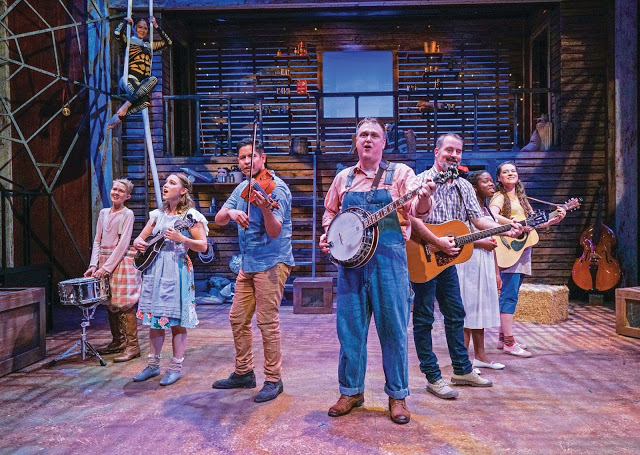 After taking our seats, we were surprised (and happy) to see a band playing live music in the middle of the stage.  The ‘Zuckerman Family Band’ (also the cast of the play) was an opening act for the show, playing a set of bluegrass music.  The hubs and I love bluegrass, so this set a great tone for the play.  Kids of course love music, and with bluegrass’s stomp-and-clap energy, the whole theatre got into it!  Little did we know that bluegrass music (including covers of some great classics) would act as a soundtrack for the play, with musical interludes carrying us through the seasons and emotions of the story.  It reminded us of a children’s play version of O Brother, Where Art Thou?… We absolutely loved it! 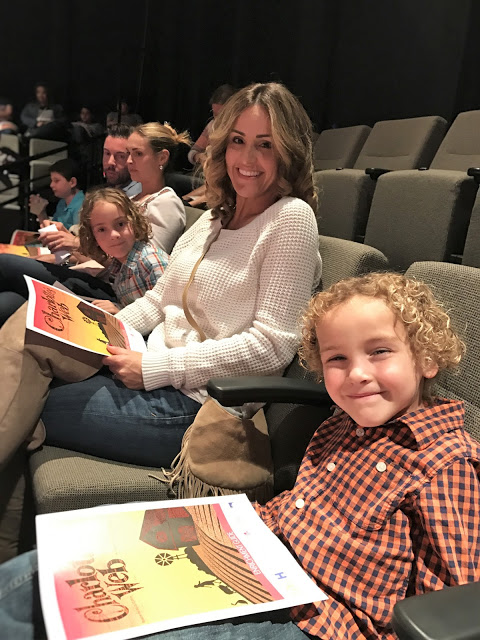 The kids love going to plays at ZACH!  They also both already loved the story of Charlotte’s Web, so they were really looking forward to this play!﻿ 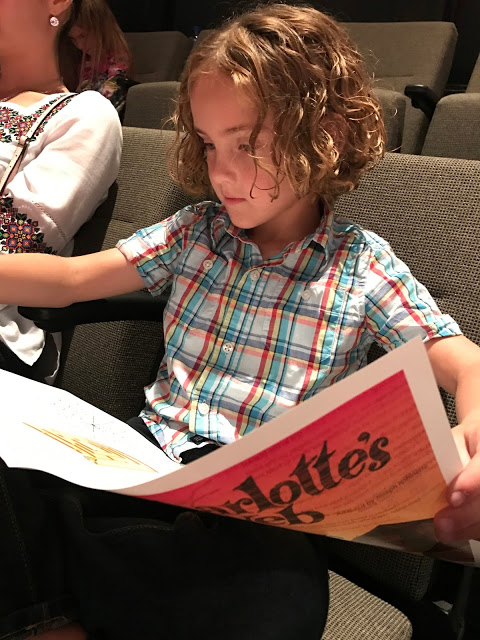 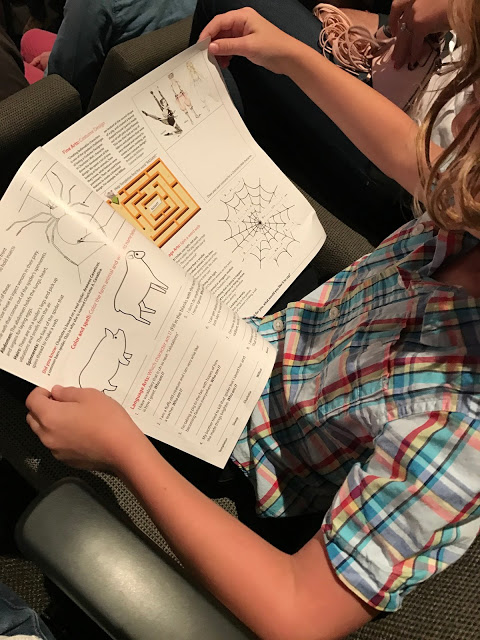 Another great thing about the Theatre for Families plays at ZACH are the playbills.  They include activities and information about the plays in ways that are very accessible to the young viewers. 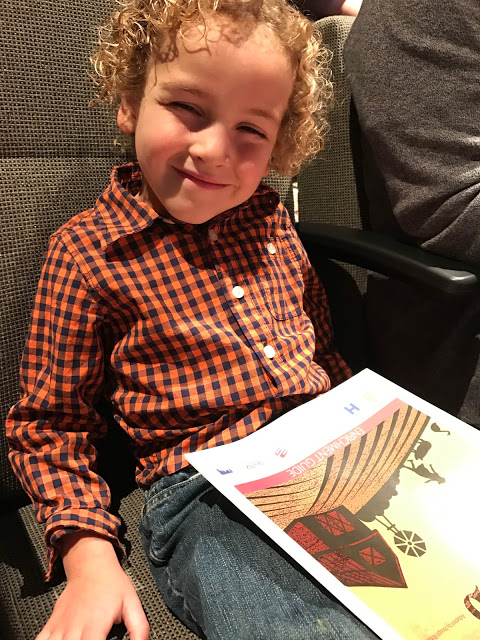 Every play we’ve seen at ZACH has found unique and magical ways to bring the story to life.  Charlotte’s Web was no exception.  Aerial acrobat Winnie Hsia played Charlotte, and her aerial choreography was so spider-like, it was amazing!  I was very impressed, and the kids were totally in awe whenever she was on. 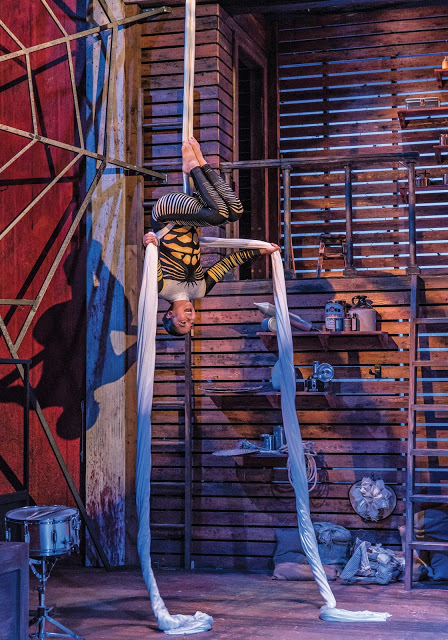 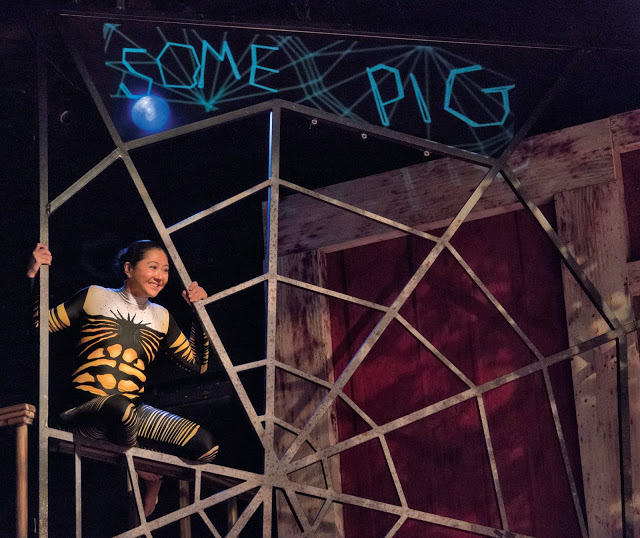 The rest of the cast was also a talented bunch.  We got se see some actors that we’d loved in previous ZACH plays (Amber Quick, Allen Robertson), as well as some new faces.  All were great actors and musicians. 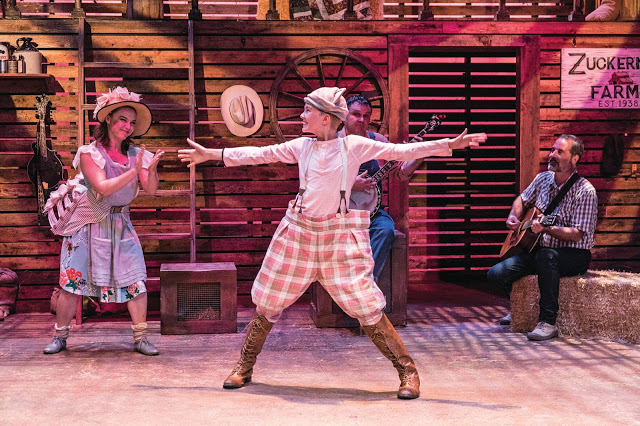 We all got emotional at the end (fortunately we were all familiar with the story, so weren’t shocked by the sad parts).  The way the music carried you through the emotions of the storyline, and the tender way the characters interacted, made it impossible to keep a dry eye. 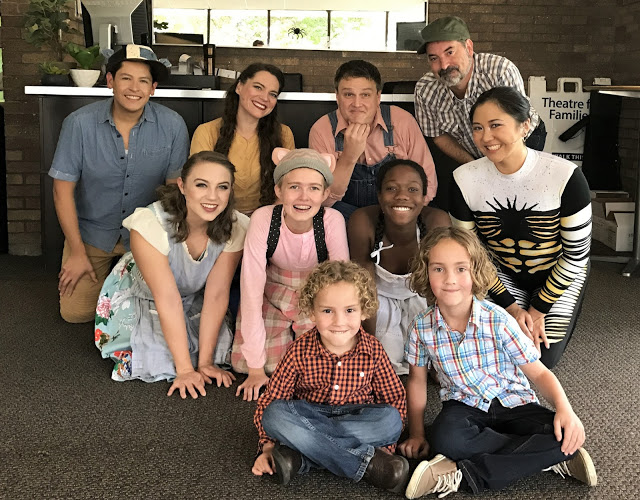 The kids got to meet the cast after the show, which was really special.  While we are already looking forward to the next play at ZACH, don’t forget to take your family to see Charlotte’s Web (playing now through December 3, 2016; get your tickets here)!
﻿
Tweet
Pin3
Share
3 Shares