Disclosure: This post is part of a program sponsored by A Girls Guide to Cars, the Houston Auto Show, and Toyota.

I am officially in market (no, not on the market)… for a car.  I just paid-off my last vehicle, and am ready for something new, fun to drive, stylish (of course), and high-tech.  When presented with the opportunity to cover the Houston Auto Show with A Girls Guide to Cars later this month, the timing was perfect!  Not only will I get to see over 800 of the newest model year vehicles (in addition to concept cars, classics, and extreme sport vehicles), but I will also get to test drive many of them with the event’s Ride and Drive program.  This is the only show of this scale in our area, so I hope you can join me at Houston’s fabulous NRG Center, either by purchasing a ticket, or by winning a pair through the giveaway!!  Keep reading for details on both. 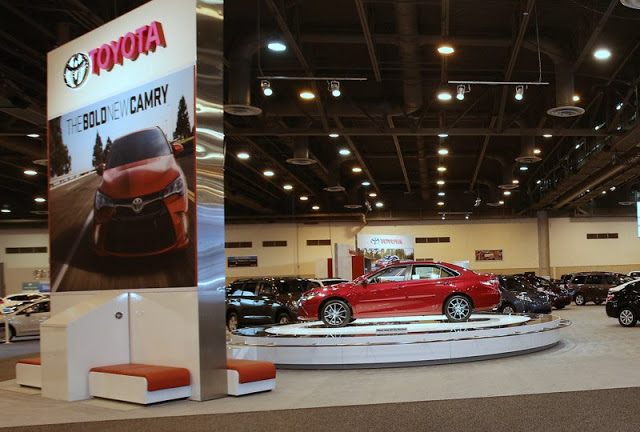 The Houston Auto Show runs from January 24th through 28th.  It’s the largest auto show in the south with over 30 manufacturers represented!  Tickets are only $12 for adults and $5 for children, but you can click here for a coupon for $2 off an adult ticket!  Or you can win one of the free pairs of tickets up for grabs at the giveaway below!

One of the things I am itching for in my next car is total connectivity.  I want my car to be smart, like my other daily gadgets.  Toyota just announced that it will include Amazon Alexa in certain models of Toyota and Lexus starting this year (read more here)!  I can’t wait to see the technological innovations for vehicles since the last time I was in the market.  The show will boast a full, diverse lineup of Toyota cars (including fuel-efficient models), trucks, and SUVs (including four different versions of the Highlander, which my husband drives and our family loves).  Something else that makes this event special for Toyota: it is in Toyota’s North American home-base, now that their HQ is in Plano, and with the Tacoma and Tundra built in San Antonio.  Toyota has not only provided a lot of jobs for Texans, but they have also given back to our local communities. 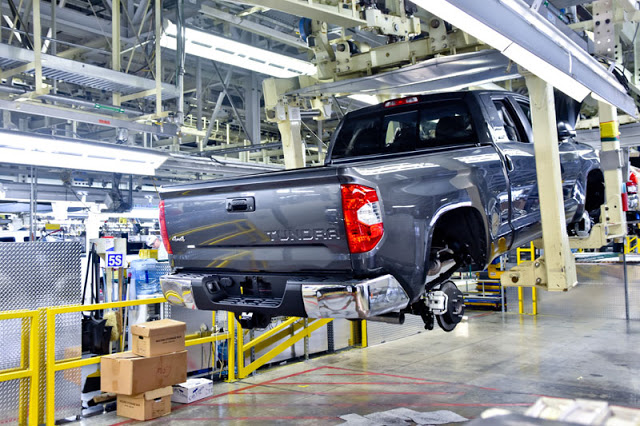 (Photo courtesy of TMMTX for A Girls Guide to Cars)

I’ll be live Tweeting (follow @fabeveryday on Twitter) and doing a Facebook Live stream (follow Fab Everyday on Facebook) from the event during press day on January 24th, but you have a chance to join me for FREE!  Enter the raffle below for a chance at the grand prize $100 gift card and two tickets to the show, or one of the nine additional pairs of tickets up for grabs.  For more FAQs about attending the show, read this article on A Girls Guide to Cars.

Enter the giveaway here, and stay tuned on social media for lots more from this exciting event:
a Rafflecopter giveaway

Contest rules: Entries must be completed by midnight January 23, 2018. No purchase necessary; contest open only to US residents and subject to the laws of Texas. Winners will be notified by email by January 24, 2018. Winners MUST pick up tickets in person at the Houston Auto Show, NRG Center, 1 NRG Park, Houston, TX 77054, between January 24, 2018 and January 28, 2018. Winners may be asked to provide identification to receive their prize. Prize value $24 per prize, not exchangeable for cash or other items. Grand prize value is $124. A total of 10 pairs of tickets will be awarded and a total of 1 grand prize will be awarded.