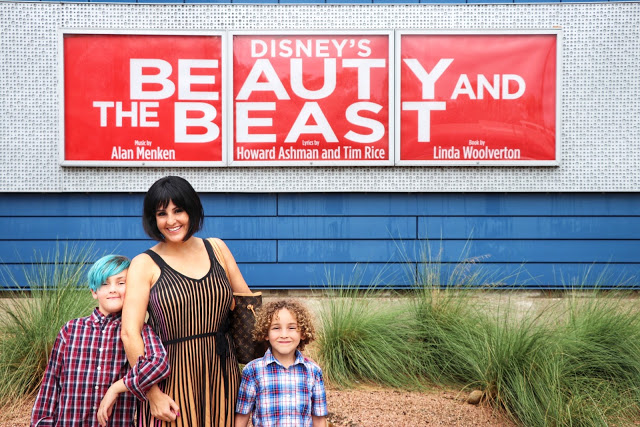 We received complimentary tickets to this show.  The opinions are my own.  I was not financially compensated for this post.
One of our all-time favorite family date night ideas is going to the theatre.  ZACH Theatre in Austin (celebrating their 85th year – #zach85) is a longtime favorite of ours with their variety of family shows.  Every time we see a play at ZACH the kids are blown-away by the magic of it all.  I can’t tell you how much I value this… in a world where kids are surrounded by high-definition media with the latest technology and special effects, it makes me so happy to see how much the art of live theatre can still impress and enthrall them.  ZACH’s latest headlining production, Disney’s Beauty and the Beast, was even more than that.  To use a theme from the show itself, we were absolutely enchanted.  The cast, crew, orchestra, and production had us all spellbound from the first “bonjour,” and even now, days later. 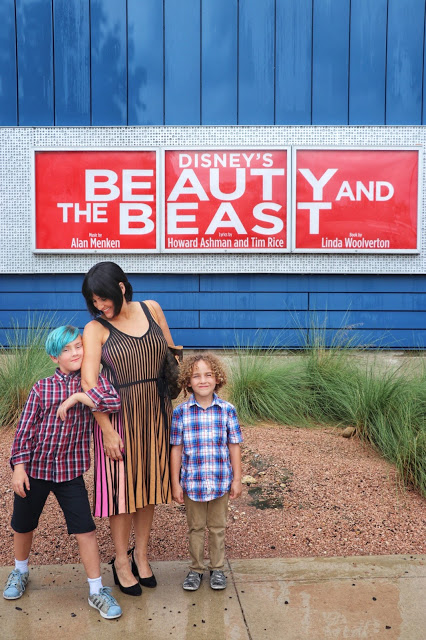 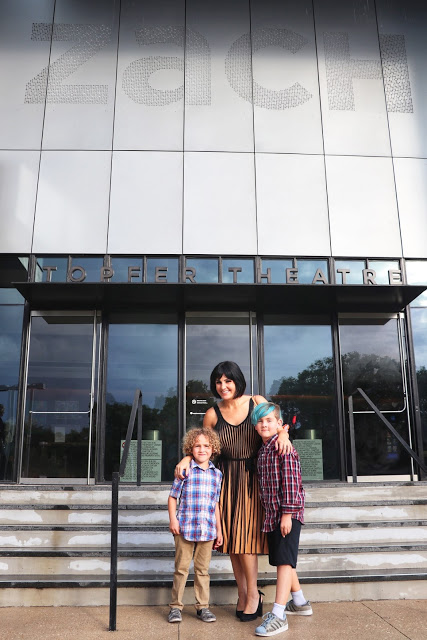 Disney’s Beauty and the Beast is playing at The Topfer at ZACH Theatre through September 2, 2018.  The show is Directed by ZACH Associate Artistic Director Abe Reybold with Musical Direction by Allen Robertson and Choreography by Sara Burke.  Tickets start at $25 and are available at ZACH’s box office (512-476-0541 or at zachtheatre.org). 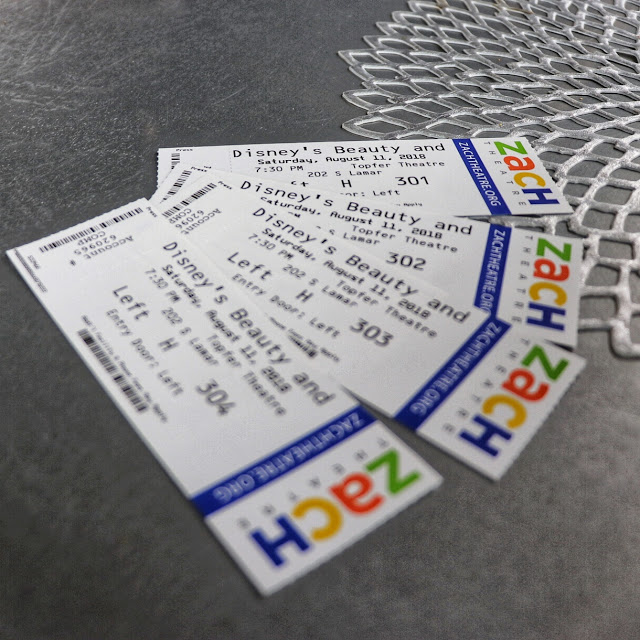 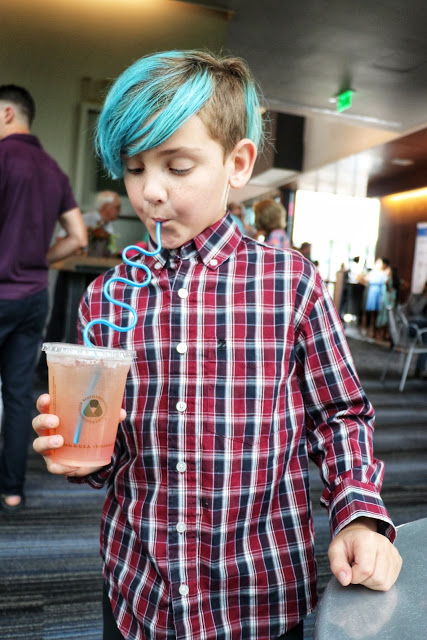 As we like to make our ZACH experiences a full date night, we arrived to the show early to enjoy the live music and try some of the themed specialty beverages from the bar.  The boys loved their Lumiere’s Lemonade, and I loved the refreshing Enchanted Rose cocktail. 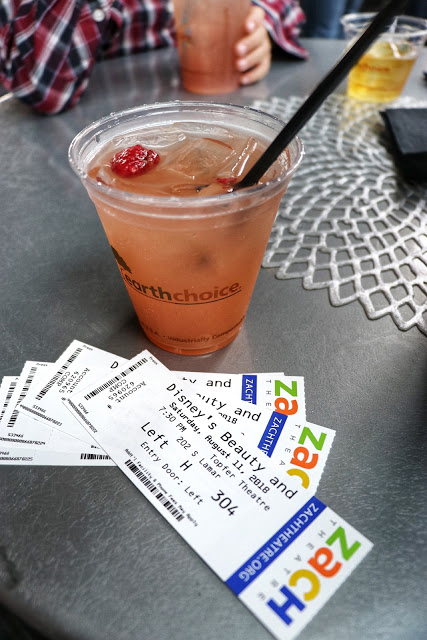 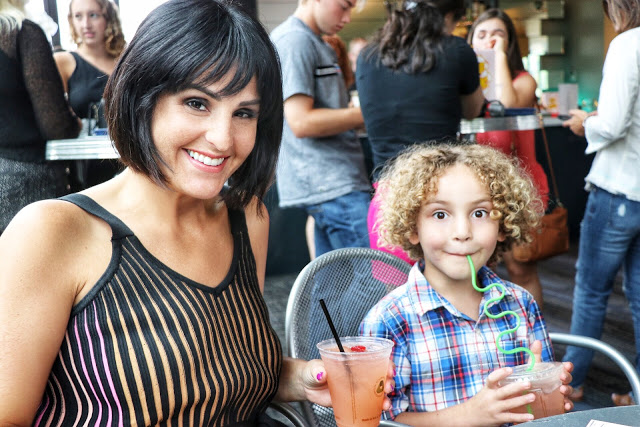 While the story and music were familiar to us (being fans of the Disney animated and live-action versions), none of us had ever seen Beauty of the Beast on stage.  We couldn’t wait to see how the production could pull off the dramatic sets and large numbers like “Be Our Guest.” 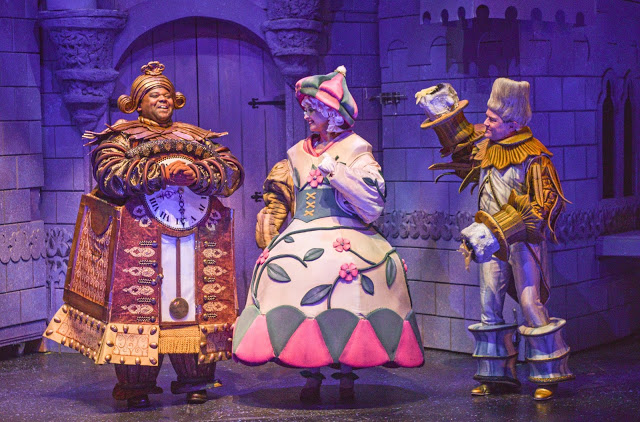 John Christopher, Meredith McCall and Martin Burke in Disney’s Beauty and the Beast at ZACH Theatre.
Photo by Kirk Tuck

The looks on my children’s faces when they saw it all come together was absolutely priceless.  The experience was multi-sensory, with action all over the theatre and sound and lighting effects that made you feel like you were out in the thunder with the characters.  By intermission, the kids could barely contain their excitement and awe, wondering “how did they do that?”  By the end of the show, they were asking how they could do it.  I think we have a few future theatre kids in our mix, inspired by ZACH! 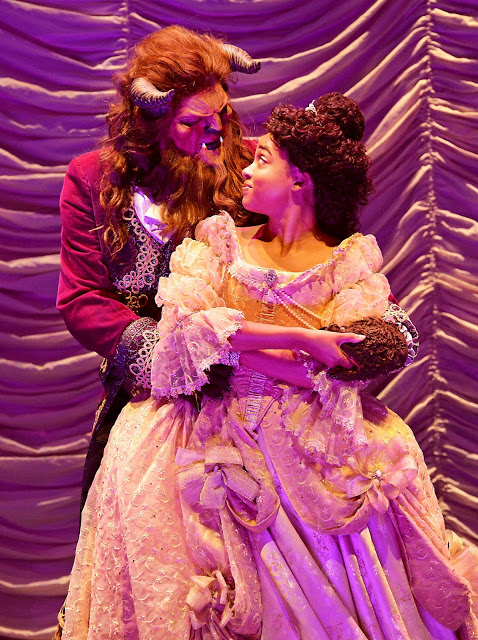 Alexander Mendoza and Briana Brooks in Disney’s Beauty and the Beast at ZACH Theatre.
Photo by Kirk Tuck

The actors were all fantastic, whether acting, singing, performing stunts, or dancing.  Briana Brooks’ Belle sang as beautifully as her character’s namesake.  Ethan Rogers (Beast, understudy) seamlessly switched from roaring animal to songbird during his impressive solos.  Some other standout performances were June Julian as Madame de la Grande Bouche (she had us hooting every time she rifted off an aria), the hilarious comedic prowess of Kevin Pellicone (Lefou) and John Christopher (Cogwsorth), and of course, Martin Burke’s performance as Lumiere (who both literally and figurately brought the light throughout the show). 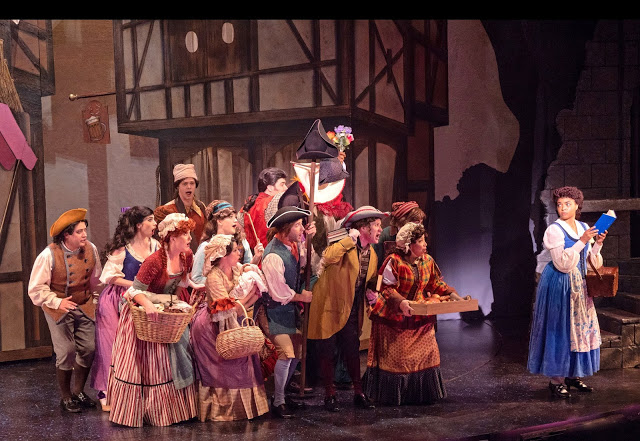 Briana Brooks and Cast in Disney’s Beauty and the Beast at ZACH Theatre.
Photo by Kirk Tuck 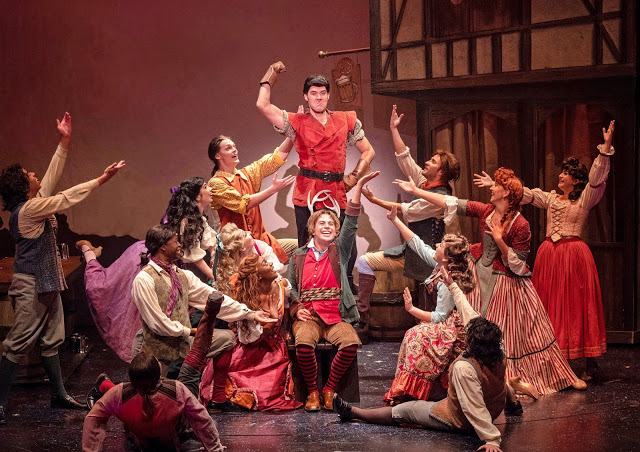 Matthew Redden and Cast in Disney’s Beauty and the Beast at ZACH Theatre.
Photo by Kirk Tuck 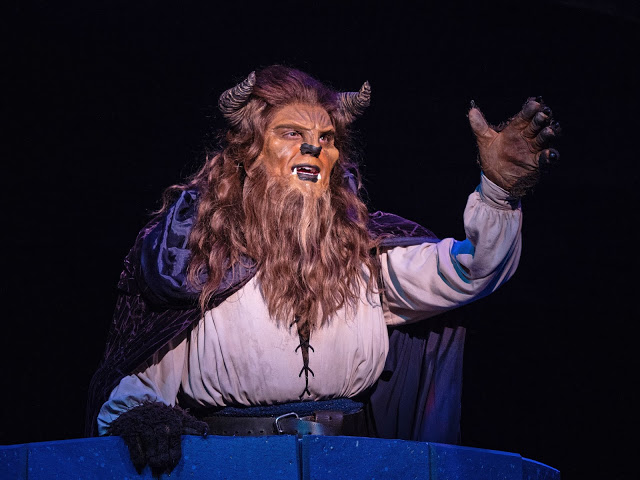 Alexander Mendoza in Disney’s Beauty and the Beast at ZACH Theatre.
Photo by Kirk Tuck

We thoroughly enjoyed the show from beginning to end, but the group numbers were especially memorable in song, choreography, and creativity of set and costume design.  In “Be Our Guest,” I was amazed with how the costumes added to the song, and loved the way the napkins moved.  I felt like I was in some other enchanted world right along with the heroine. 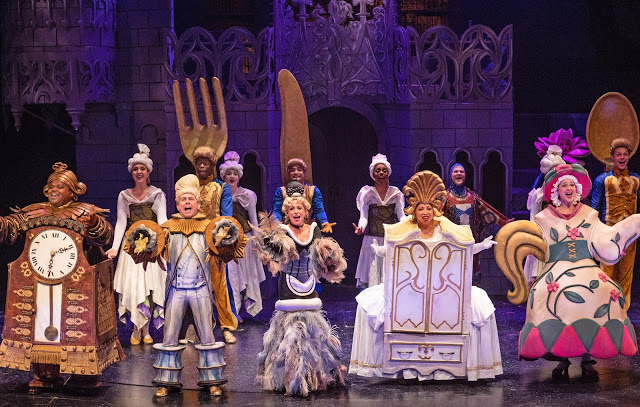 Beauty and the Beast is recommended for ages six and up, and has a running time of two hours and 40 minutes (including intermission).

Beauty and the Beast runs through September 2, 2018, and we HIGHLY recommend it for a family date night in Austin.  Get your tickets at zachtheatre.org. 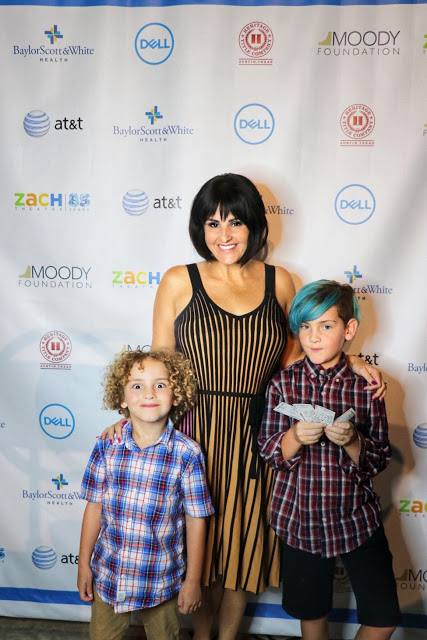