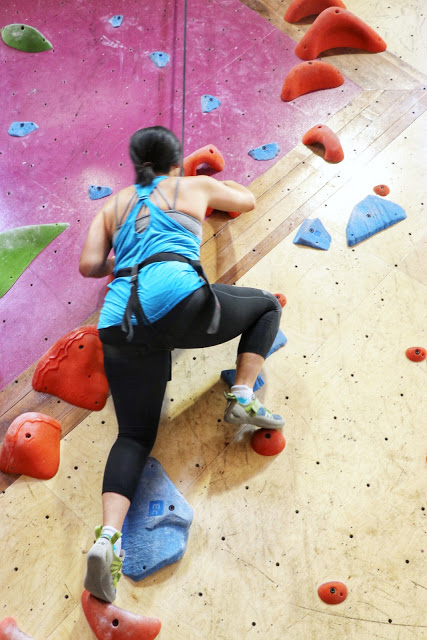 I was provided passes to Crux in exchange for a review.  The opinions are my own.  I was not financially compensated for this post.

The #FabFam has been trying to prioritize our health and fitness again, and it is easy to be inspired when one of your friends is a physical beast, a real-life American Ninja Warrior.  Andrew Swinghamer (we just call him Swinghamer, because, best name ever), who is competing in the American Ninja Warrior Las Vegas Finals (watch it on NBC this coming Monday, August 27, 2018), is a proud Austinite, Texas Longhorns super-fan, and dedicated to his fitness.  To be a Ninja Warrior, with the super-human control of your body that is required to complete the courses, you have to be.  Therefore, when Crux Climbing Center in Austin invited my family out to try the facility, I couldn’t think of anyone better than Swinghamer to teach us the ways during our first climbing experience. 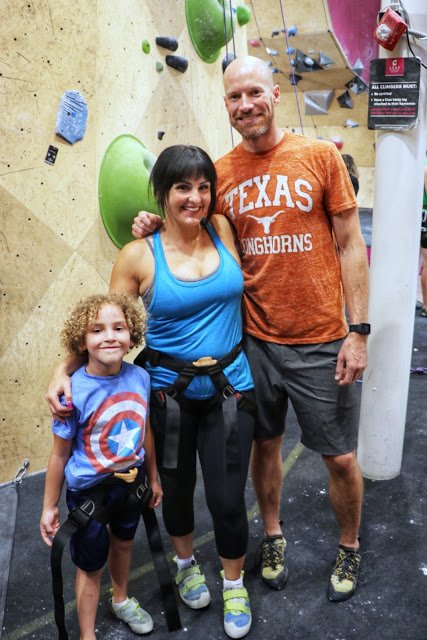 S and me with Andrew Swinghamer, Austinite and American Ninja Warrior Finalist 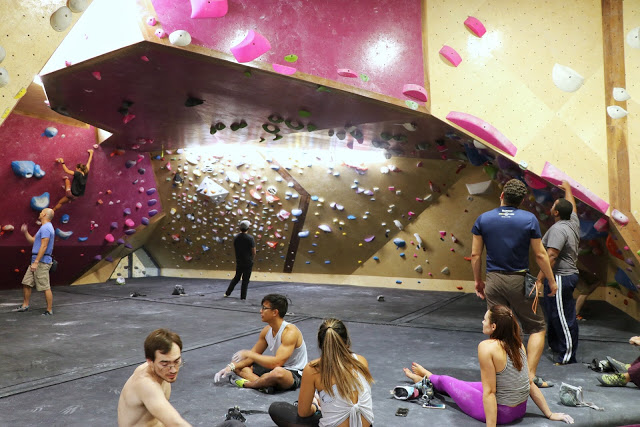 Crux offers many different fitness options in their 22,000 square foot facility.  In addition to the standard rope climbing and bouldering options there is a strength training area, a space for fitness and yoga classes, and a kids’ area (more on that below).  If you don’t happen to come with your own Ninja Warrior, they also have climbing classes for all levels. 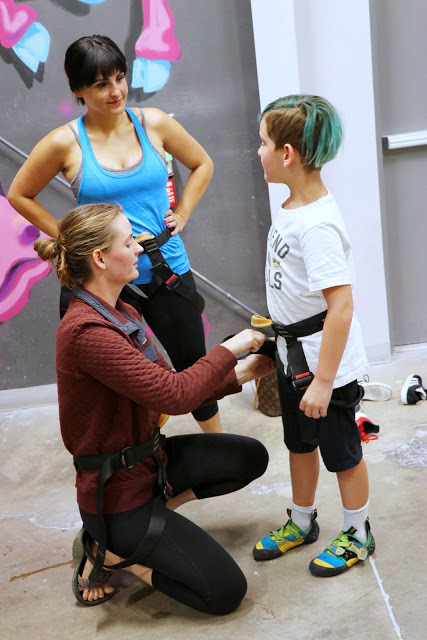 G getting geared-up with help from the staff at Crux Climbing Center.  Gear and shoes are available for those who don’t have their own.

One of the things that drew me to Crux was how family-oriented it is.  There is a kids’ area with an indoor playscape (that of course must be climbed) and mini climbing walls (rope and non-rope options) at different heights.  For kids ages 5-11 there’s a weekly climbing club, and climbing teams for kids 11 and up.  On top of this, Crux offers a monthly Parents Night Out, a four-hour guided play session where you can leave your kids and go do whatever you want to do! 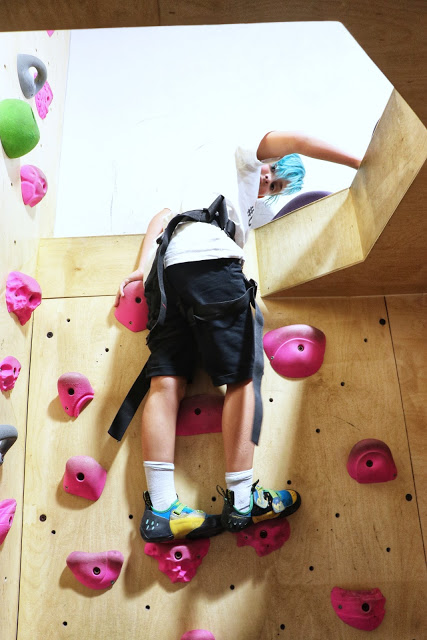 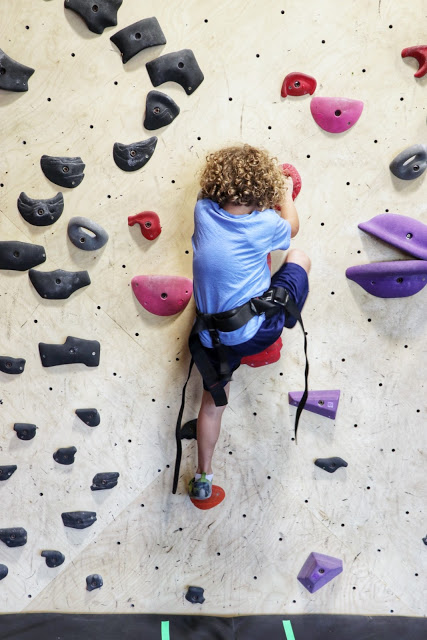 S starting out by practicing on one of the smaller walls in the kids’ area at Crux.  Though he be but little, he is fierce. 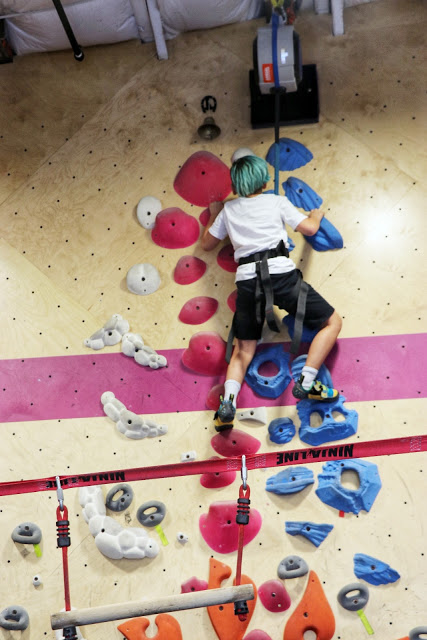 After the kids’ had a fair amount of fun in the kids’ area, we were ready to try our hands (and feet) at some of the bigger walls.  Now let me tell you: this is a WORKOUT!  While at the time it just felt fun and exciting, we were sore for days after, using muscles we don’t usually work in traditional exercise. 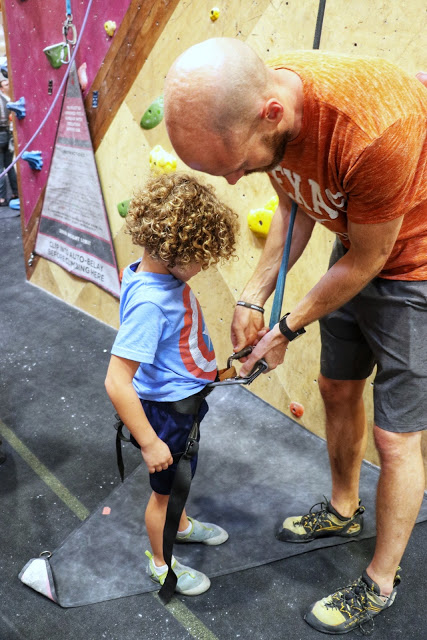 S looks up to Swinghamer and his ninja skills, so it was an honor for him to be guided by one of his heroes on the big walls 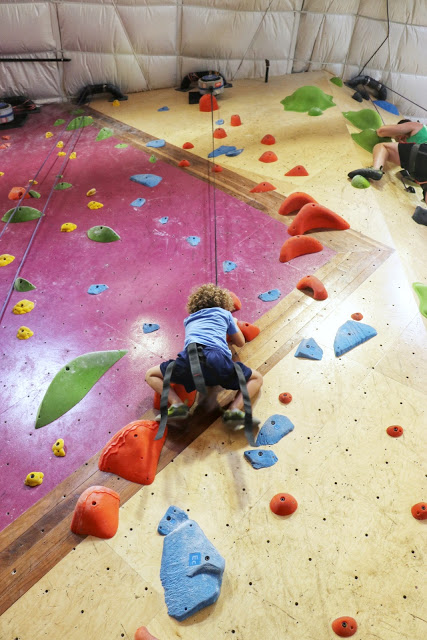 While he didn’t make it all the way to the top, S made many worthy attempts on this wall (following one of the easier tracks) 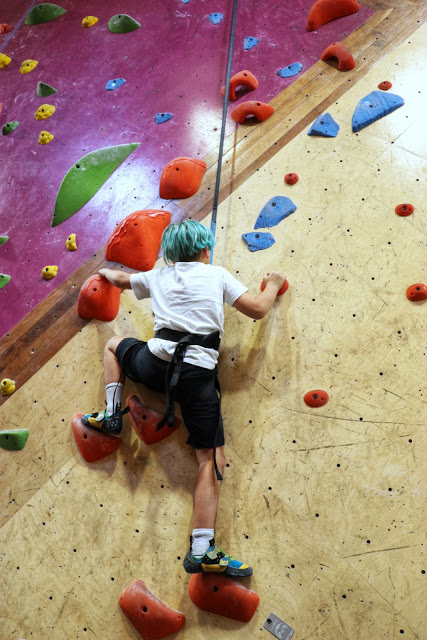 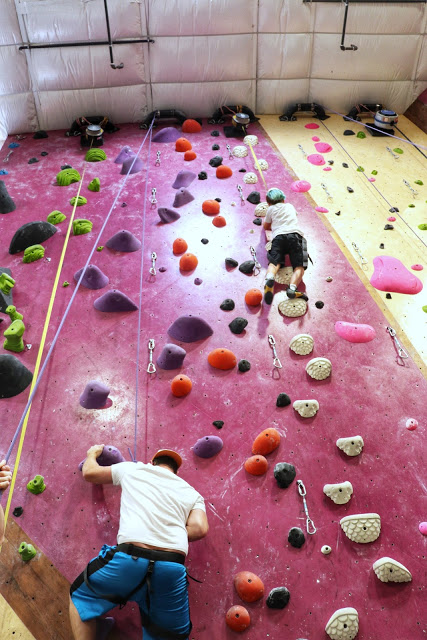 G was fearless, and got higher than his daddy on this track

Swinghamer graciously helped us climbing newbies for a while, but I could tell the Ninja Warrior in him was dying to hit the boulders (his favorite part of the climbing center).  We took a break to watch him do his thing.  It was almost unbelievable to see him leap upwards, while hanging underneath a boulder, to cleanly catch himself.  He has so much control over his body and trust in his abilities and hands to catch himself.  But I guess he couldn’t be a Finals-qualifying American Ninja Warrior if he wasn’t used to taking (and landing) these physical leaps of faith.  What an inspiration! 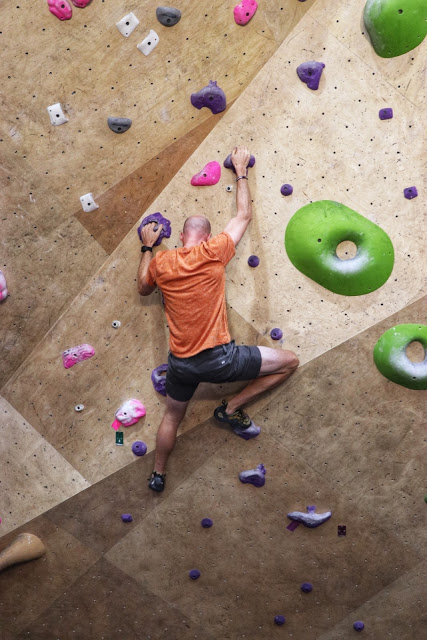 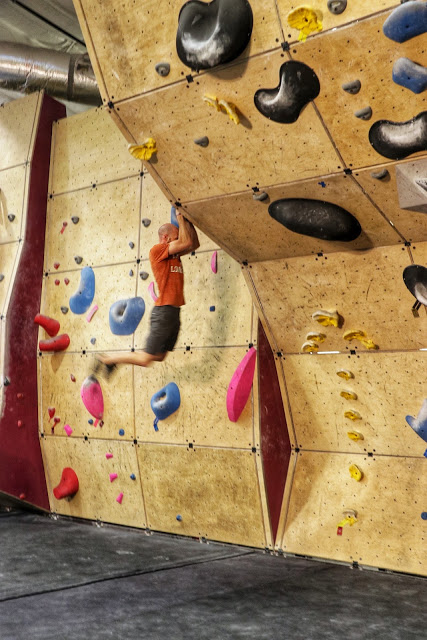 I encourage you to check out Crux Climbing Center if you’re looking for a unique workout option, or just something different to do in Austin.  I know we will be back!  And don’t forget to tune into the American Ninja Warrior Finals this coming Monday to cheer on Austin’s own Andrew Swinghamer!

Training like a American Ninja Warrior is great for health, and the right fuel is important, too. Check out Sandra Vickers site in order to get yourself in the best shape by consuming healthy greens juice.