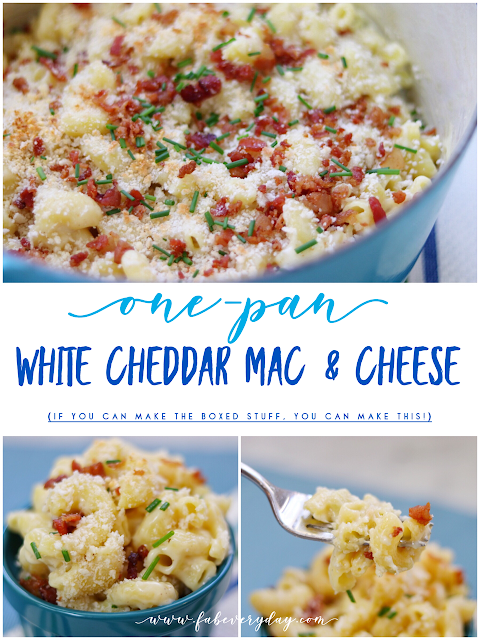 Whether it’s a busy weeknight or a hectic holiday of meal prepping, who doesn’t love a good one-pan meal? Less dishes to clean, less maintenance, less stove or oven space needed… it’s a win-win. Just in time for the holidays (though good any time of year), I’ve developed a one-pan macaroni and cheese recipe that will quickly become a family favorite. I know some people are intimated to make homemade mac & cheese, but trust me when I say that this recipe will be a great intro for you. If you can make boxed macaroni and cheese, you can make this one-pan, scratch-made mac and cheese! The bacon, chives, and crispy bread crumb topping add some great extra flavor and texture, and will have your family begging you to make this again. It can be made for a Thanksgiving side dish, or as an entrée.

I developed today’s pasta recipe as part of the Allrecipes Allstars Tastemakers program. Rate, review, and photograph my recipe for One-Pan White Cheddar Mac and Cheese on Allrecipes here, and see the full recipe along with some of my cooking tips below. 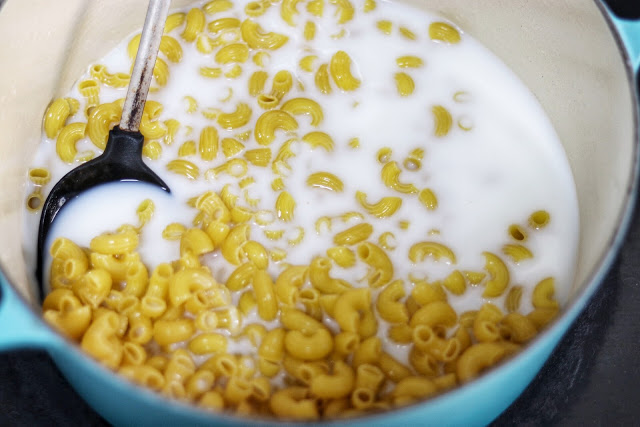 Part of the reason this recipe is so easy is because it cuts out the step of boiling the pasta in water and draining. The liquids that cook the pasta are the same liquids that create the sauce! 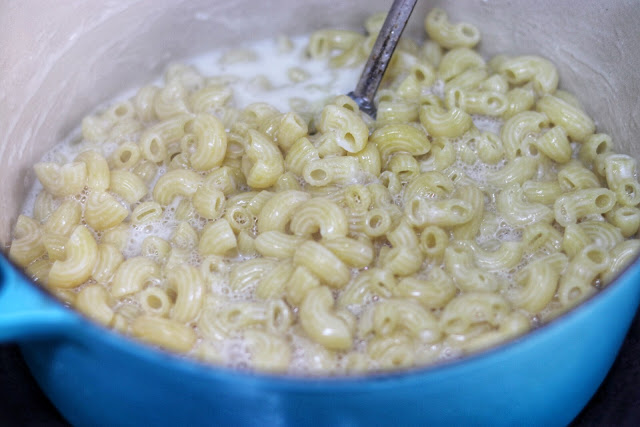 You’ll know it’s time for the next steps when the pasta has absorbed most of the liquid. Frequent stirring is required as it starts to soak up the liquid since there will be less moisture, which could cause the pasta to stick to the pan. 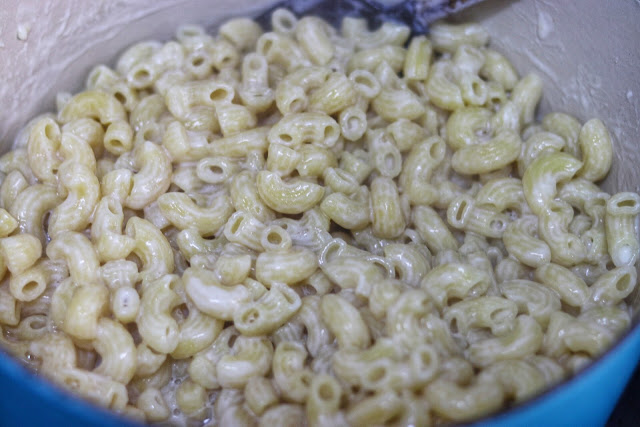 After the liquid is mostly absorbed and the noodles are at your desired softness, remove it from heat and stir in the cheeses until they are melted. 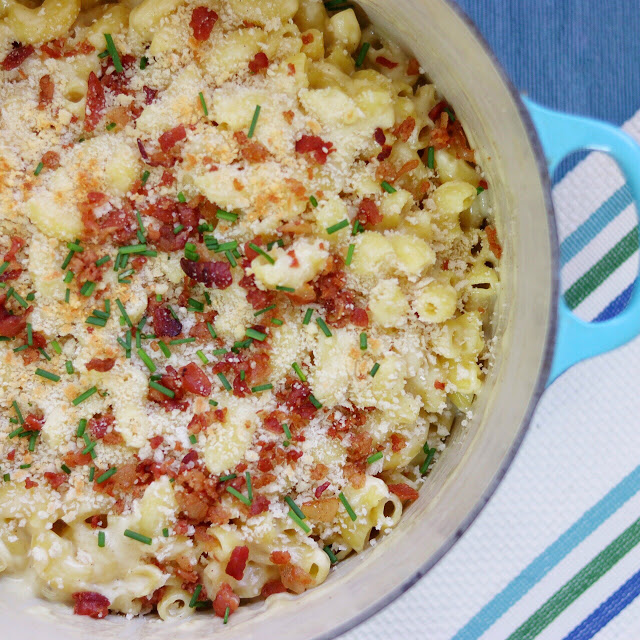 The final step gives it some great texture. You top it with panko breadcrumbs, a little more cheese, and real bacon bits then pop the whole pan under the broiler for a few minutes. 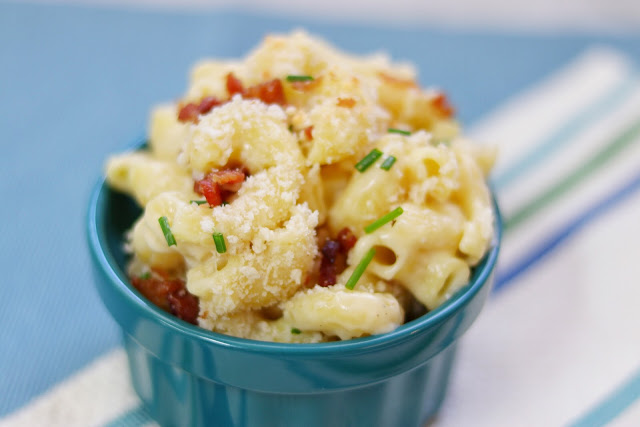 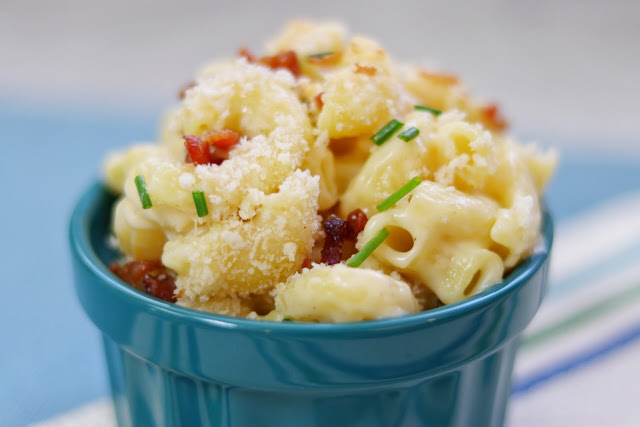 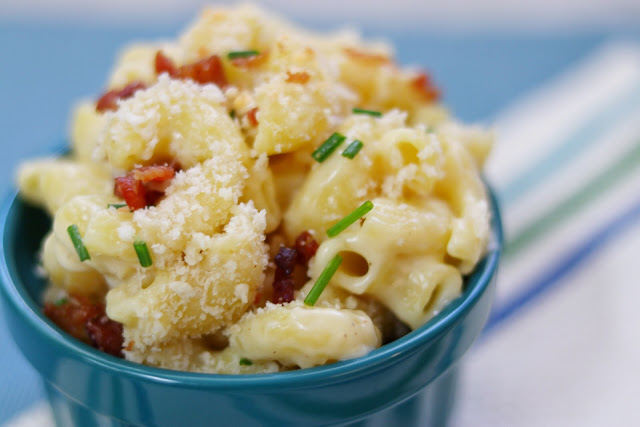 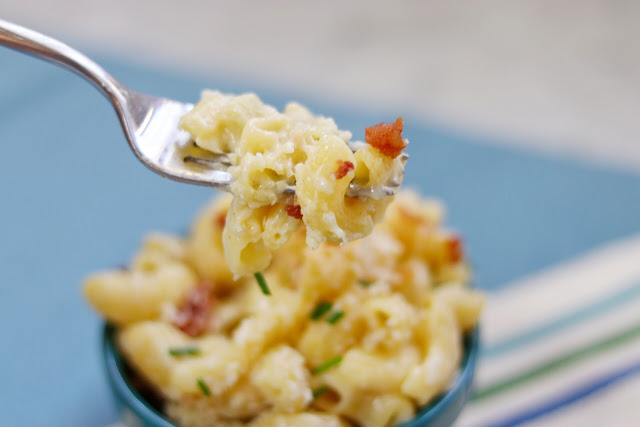 Look at this ooey-gooey deliciousness! And that bacon… OK, enough teasing. Here’s your recipe! Pin this one, and comment if you try it – I’d love to know what your family thinks! 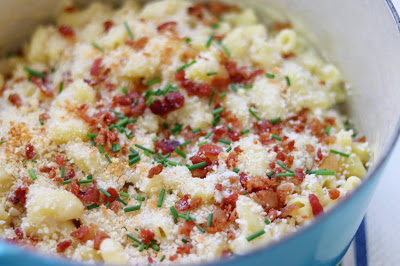