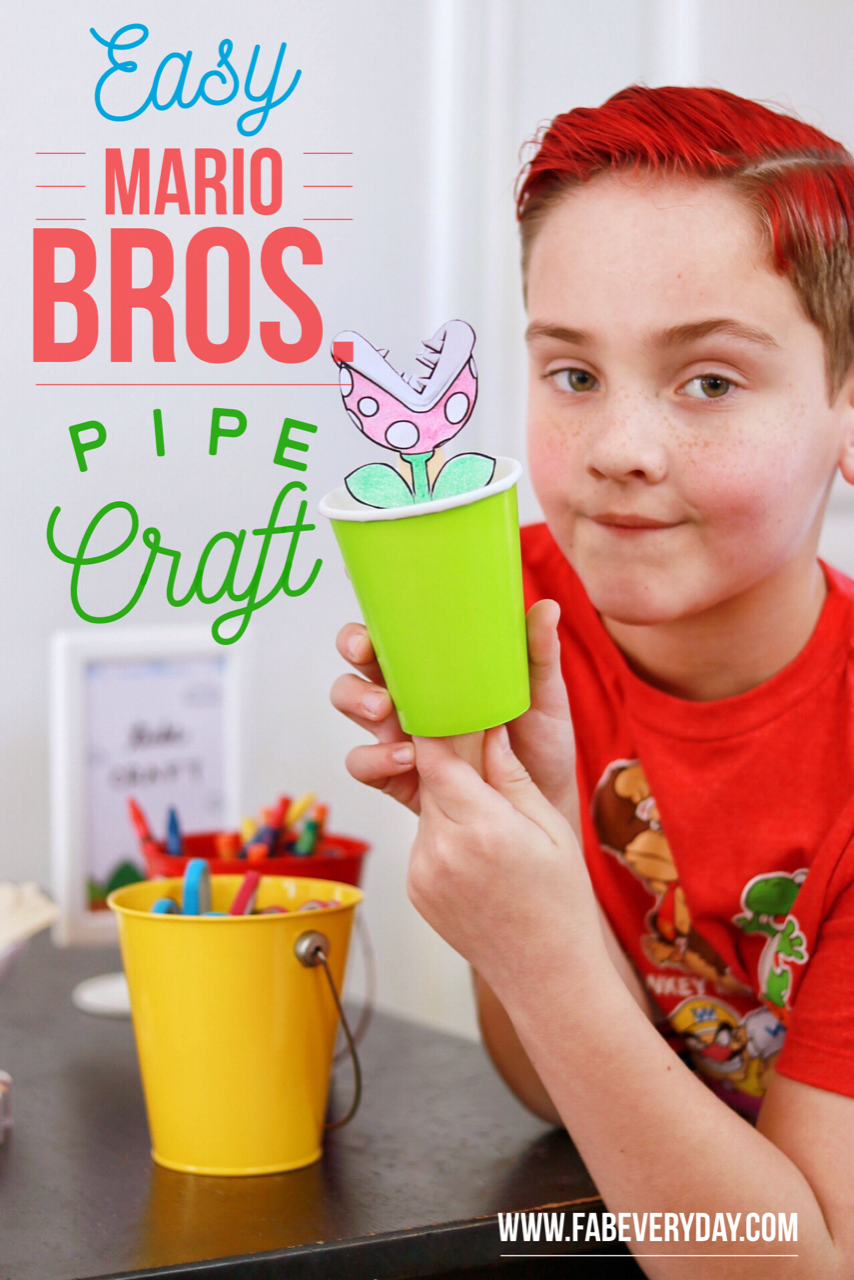 Disclosure: This post contains some affiliate links, which means that if you make a purchase using the links, I may receive a commission.  This does not cost you anything additional, and helps me to keep the rest of my content free, so thank you!

It’s amazing how things in life can come full circle. My most recent example of this was the request by my son to have a Classic Nintendo-themed birthday party. It was super fun and nostalgic to plan a party based on the original Nintendo video games I played as a child. See the complete details from G’s Classic Nintendo birthday party here, but today I am sharing one of the Super Mario Bros. kid’s craft ideas we had as a Mario birthday party activity. This Mario Bros. craft is fun as an after-school or weekend kid’s activity idea, as well as a party game for a Super Mario-themed birthday party. 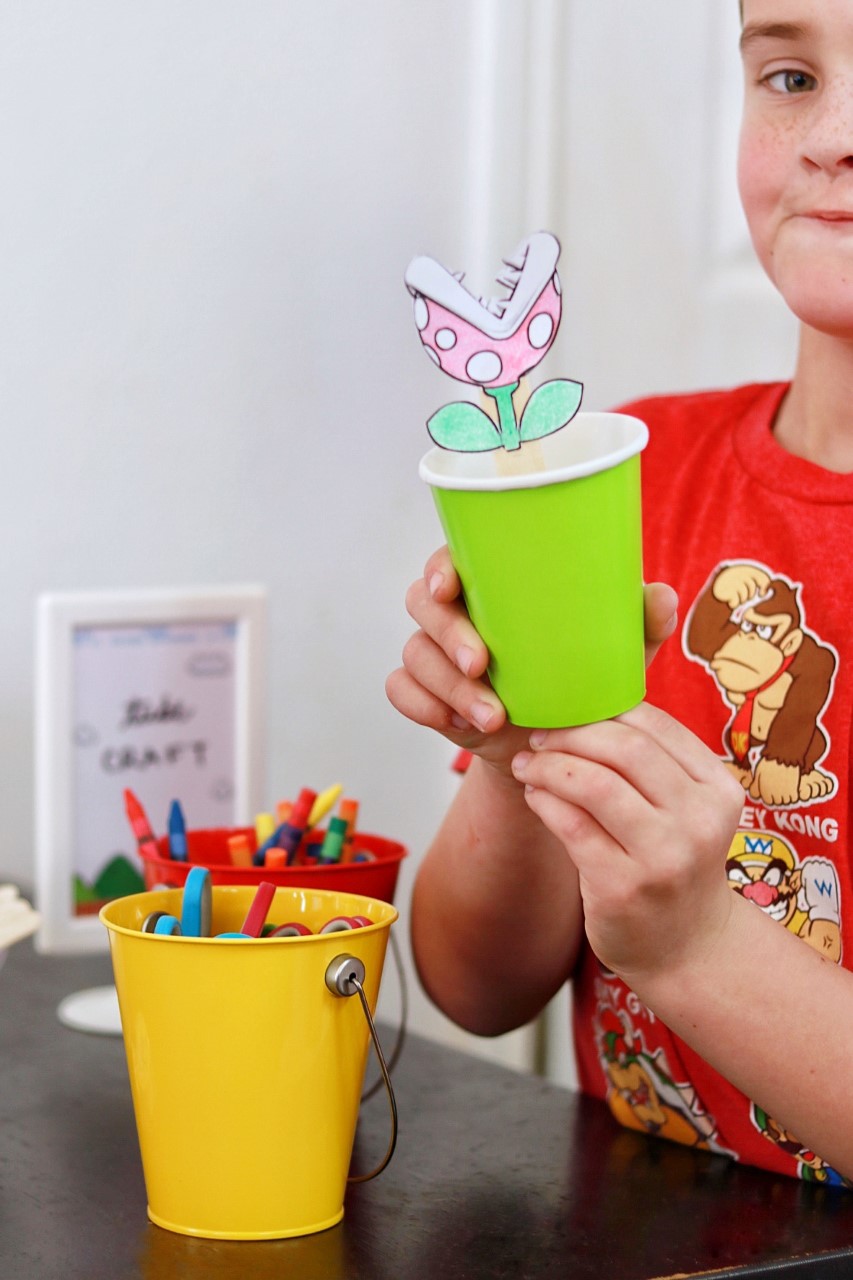 I was inspired by this project that I found on Pinterest where the Baby Piranha character from Mario Bros. pops out of a pipe tube. For the party, I wanted to include a few more characters for variety, so I added Mario and Luigi in addition to Piranha. I also wanted to keep it simple so the craft would be easy for young children and little hands (which means less frustration for everyone, including the supervising parents!). Therefore, I prepped the components for the kids in advance and had the characters as printable Mario Bros. coloring pages instead. 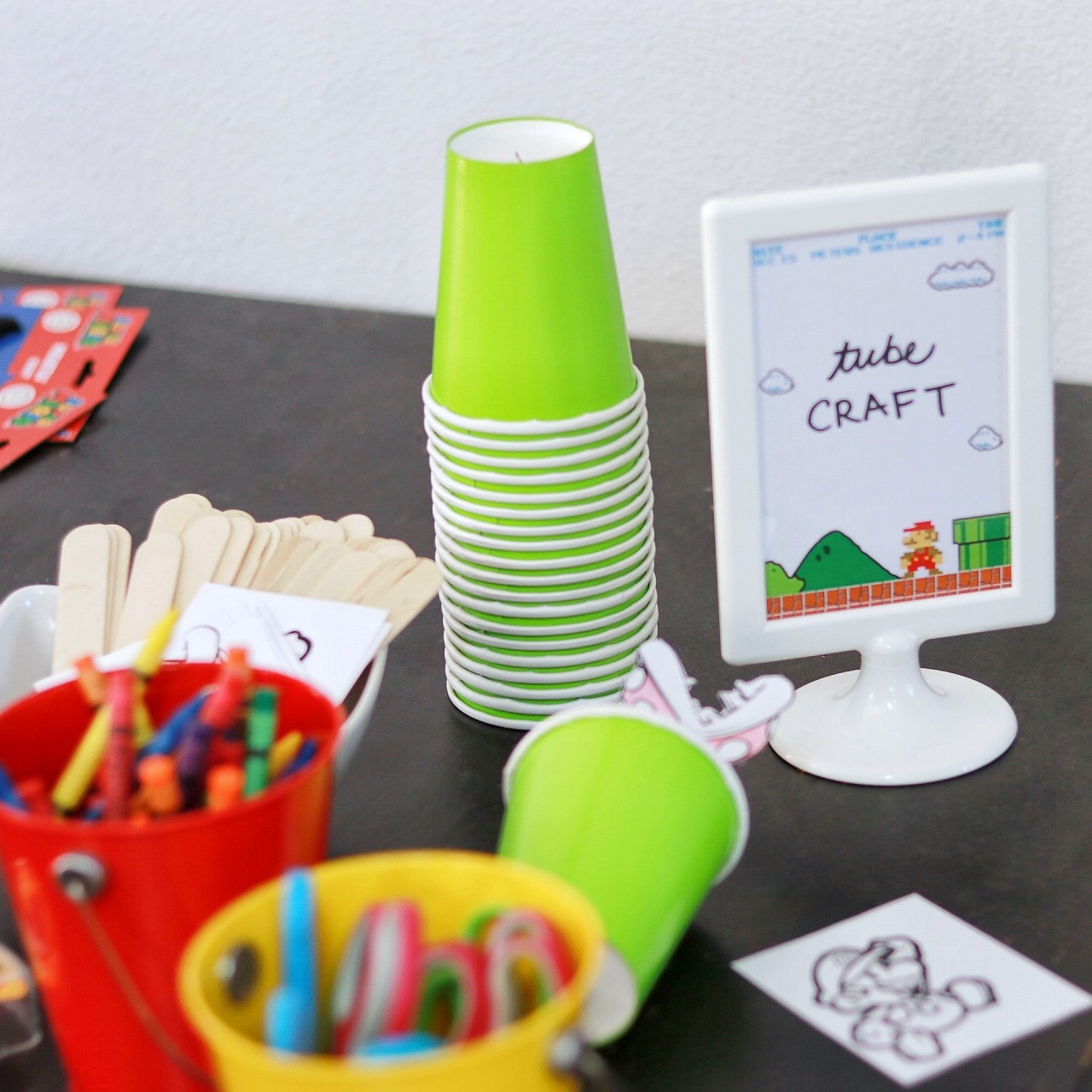 Here are the instructions! 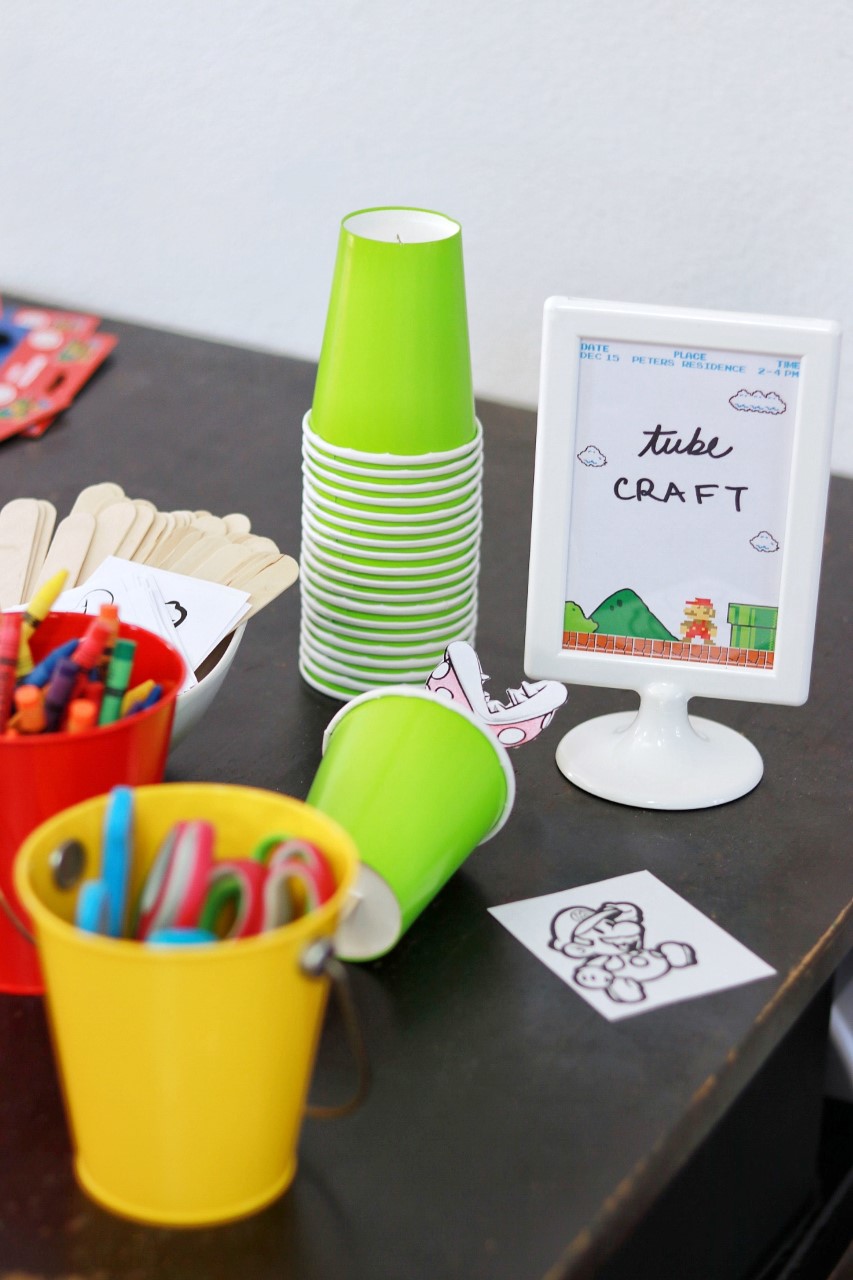 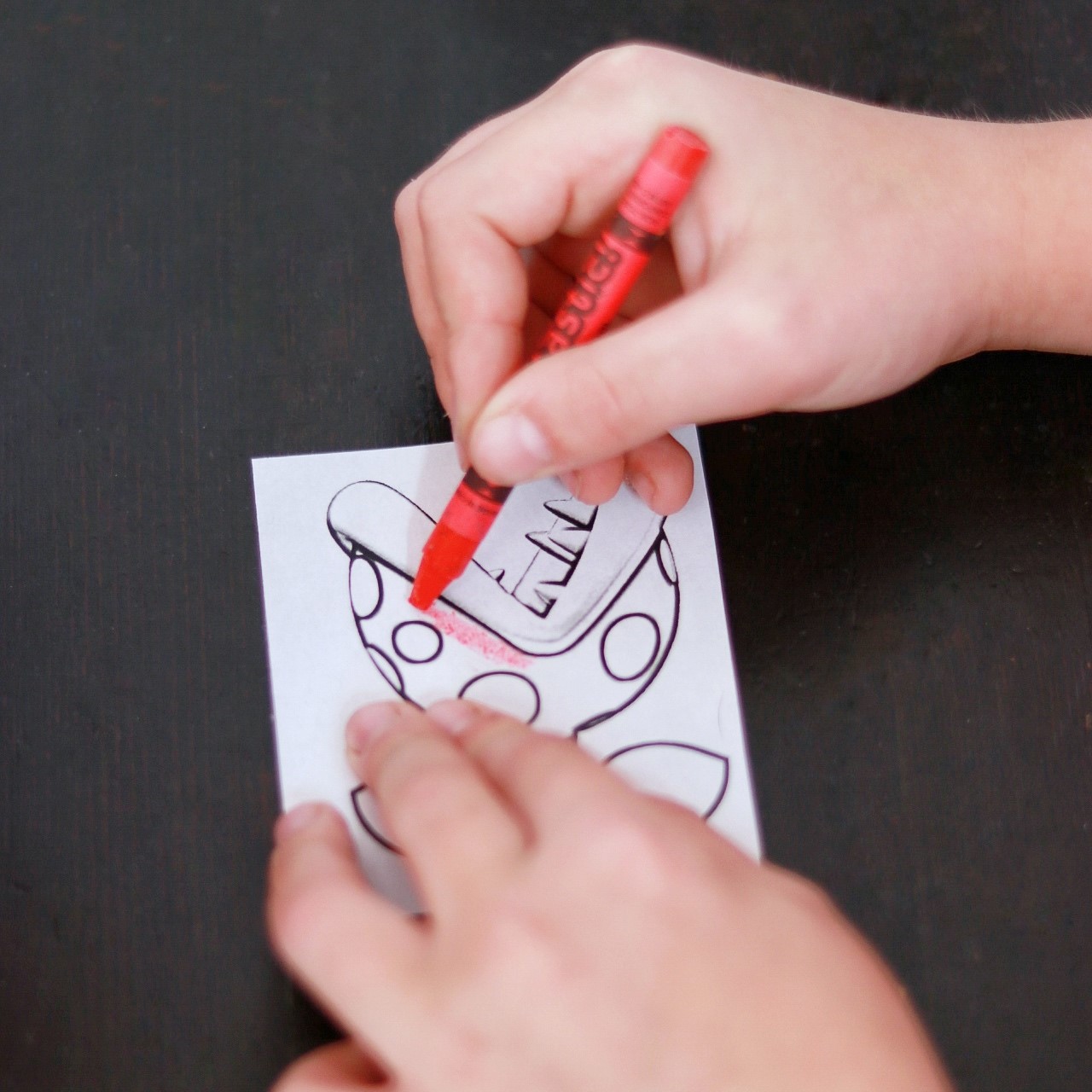 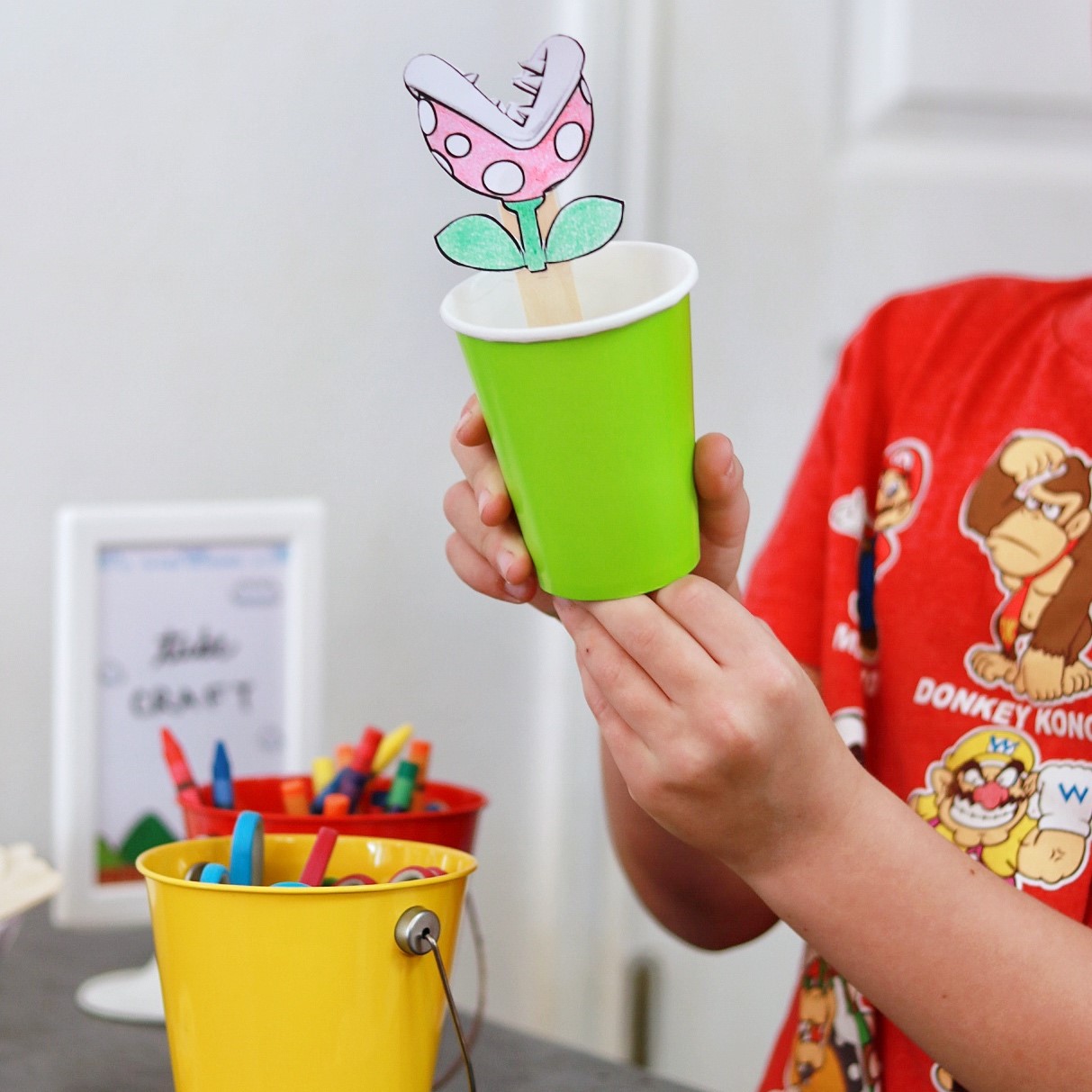 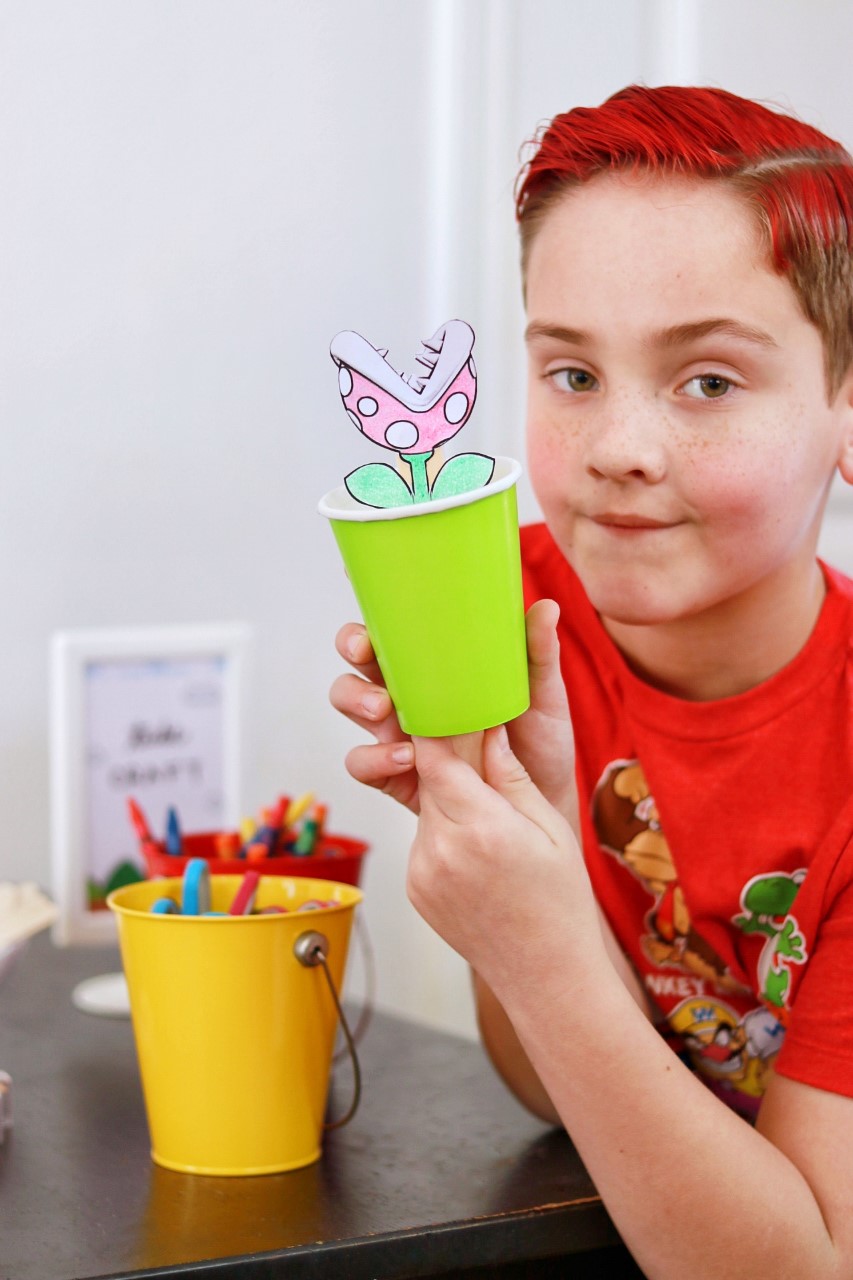