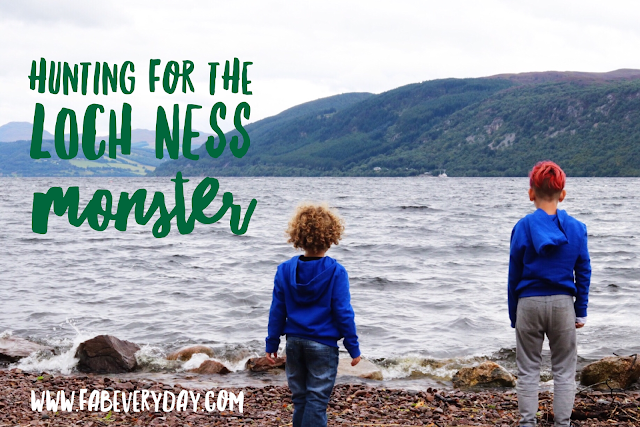 Even having grown up in America, I heard about the legends of the Loch Ness Monster since I was a young child. This mysterious, mythical creature was synonymous with Scotland in my mind. When we found ourselves planning our time in Scotland as part of our U.K. road trip, visiting Loch Ness was a requirement for the trip. Not only did I want to see the famed loch for myself, but I was also so excited at the idea of my two young sons getting to experience it. This way, as they hear about the Loch Ness Monster in school or from friends, they will have a real memory to associate it with.

We planned to spend time in the Highlands and Inverness during our trip (more on that in the coming weeks), but I wanted to devote some time specifically to learning about, and hunting for the elusive Nessie. In an otherwise long trip filled with plans that I had made, I wanted my children to feel ownership of a part of this trip, so rather than pay for one of the Loch Ness Monster tours (and there are some that sound pretty cool), we decided to DIY and let our kids lead the way. 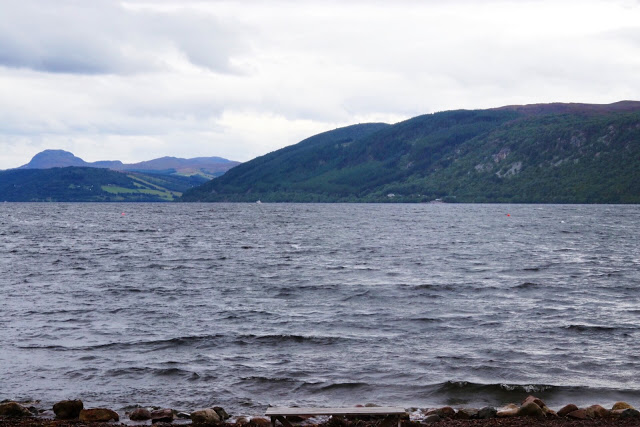 It started with this book, Nessie the Loch Ness Monster, which I found on Amazon (affiliate link). The boys read this in the car during our road trip in preparation. I recommend it, as it was engaging for the kids while teaching them some of the legends about the Loch Ness Monster from over time. On the car ride, I asked them about their strategy for looking for Nessie when we eventually reached the loch. Comparing it to real-life Pokémon hunting, the day we finally made it to Inverness and Loch Ness, the boys insisted on wearing their Pokémon hoodies and calling themselves Trainers. They also debated with each other on belief of Nessie, what she may be (a dinosaur, perhaps), and the credibility of the photos and stories of purported sightings. In the end, much like they still believe in Santa, the Easter Bunny, and the Tooth Fairy, they believed Nessie to be real. 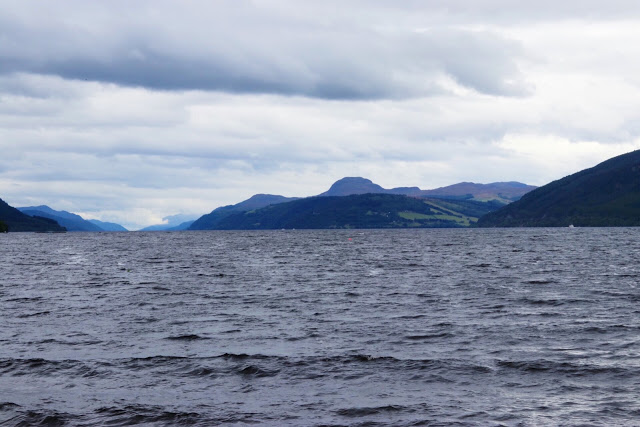 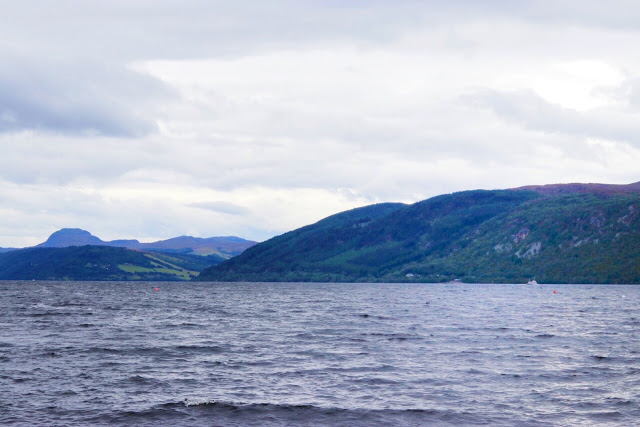 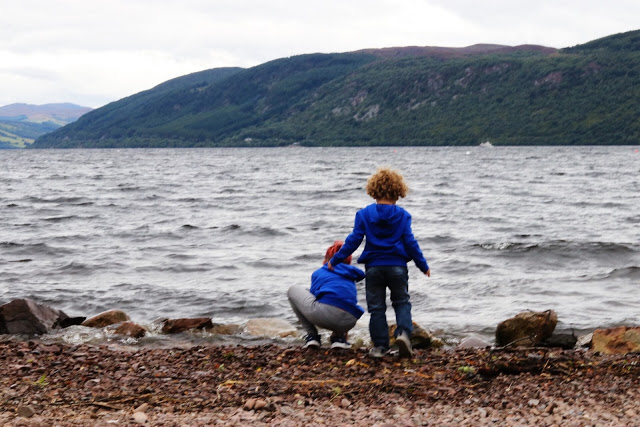 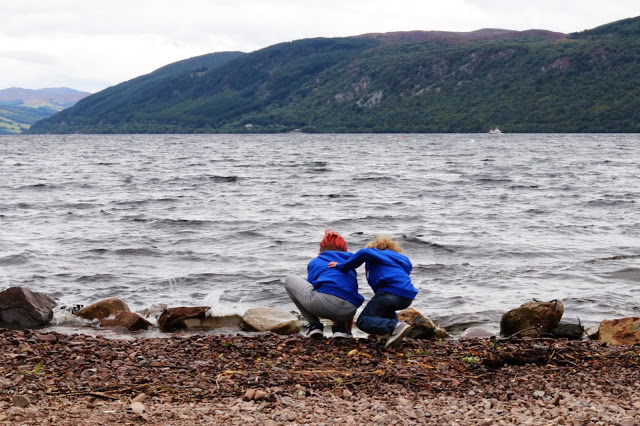 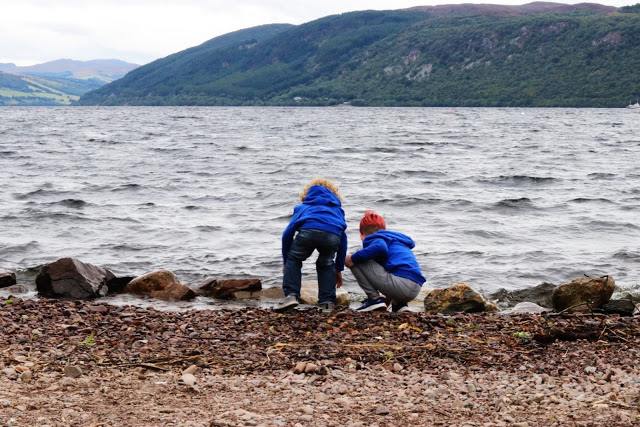 When we arrived at Loch Ness, we pulled over at the first car park we could find that was right on the loch. Though windy and with a bit of a chill, we walked to the water’s edge and began our inspection. The boys looked for clues on the shore and analyzed waves and breaks in the wind-blown lake. Side-tracked by the fact that they were next to a lake (as kids do), they played in the water some and skipped rocks before we decided to try to hunt for Nessie from a different vantage point. 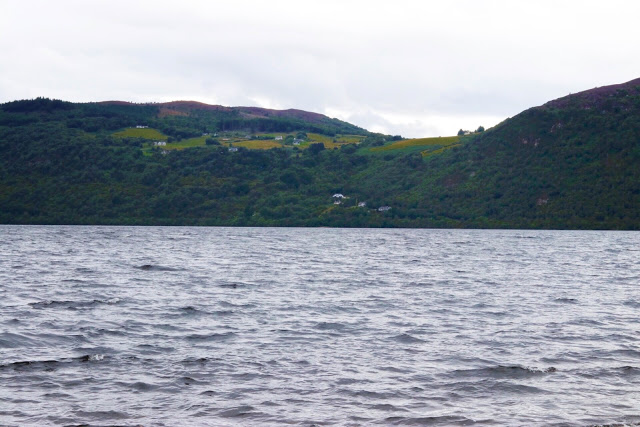 We hopped back into the car (our trusty Kia Optima Sportswagon) to drive to a different part of the loch. Given that Loch Ness is a huge 22 miles wide, we couldn’t expect to find Nessie by looking from just one small edge. We found a pretty spot peppered with wildflowers on the southern edge of the loch. Grayson insisted on bringing an iPhone to this part of the exploration to document what he might find. I’ll be honest, I was far more enjoying watching my boys hunt for Nessie with their eyes wide and hopeful than I was about hunting myself. It was so special to witness. 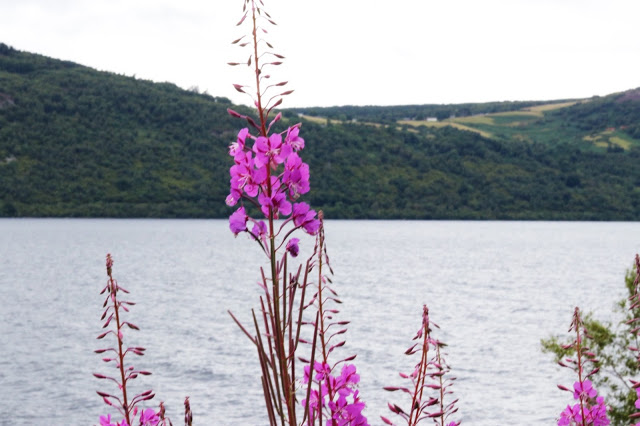 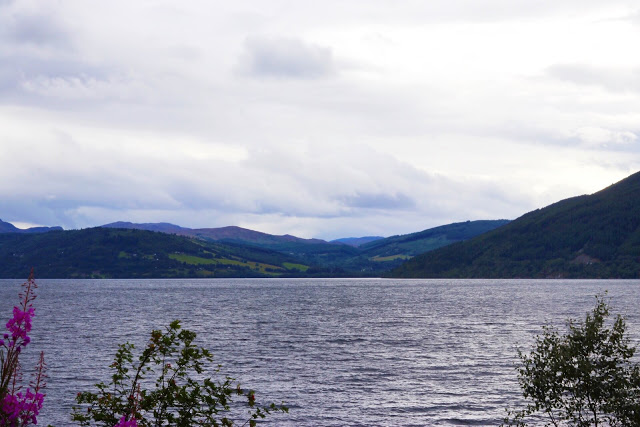 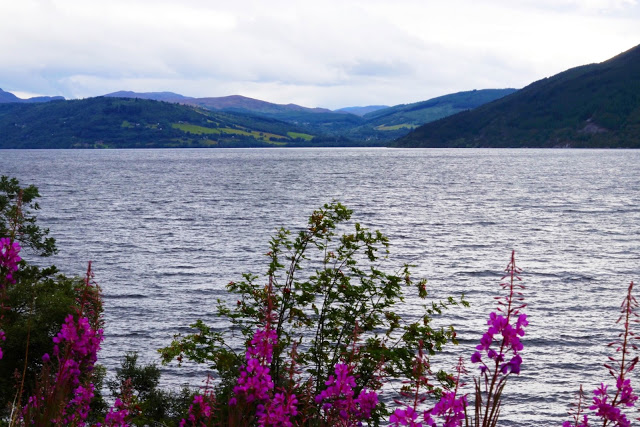 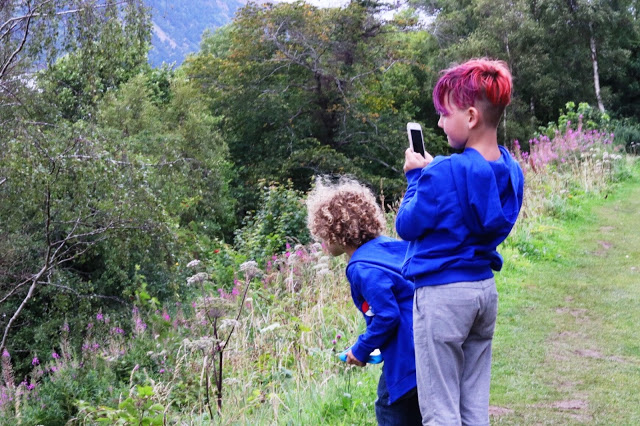 While I didn’t see it with my own eyes, my boys claimed that they spotted Nessie from this vantage. Was it a large fish breaching? A bigger wave from the break of a tour boat on the other end of the loch? A creative imagination? I won’t ever know. But my boys will always have the memory of the excitement of “seeing” something mythical. The legend will go down in their minds, and will be told to their friends, children, and grandchildren like I imagine it having gone down for so many Scottish families over the centuries. 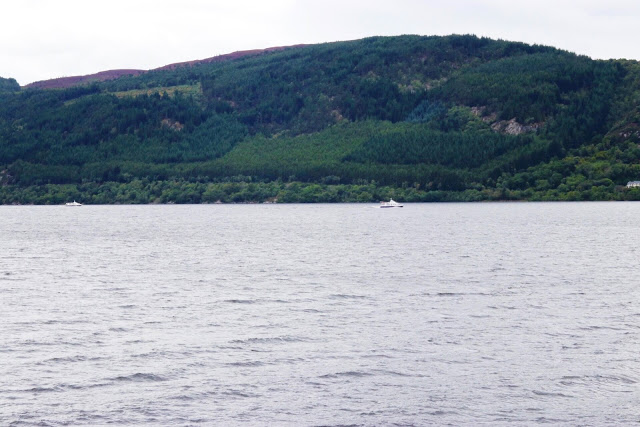 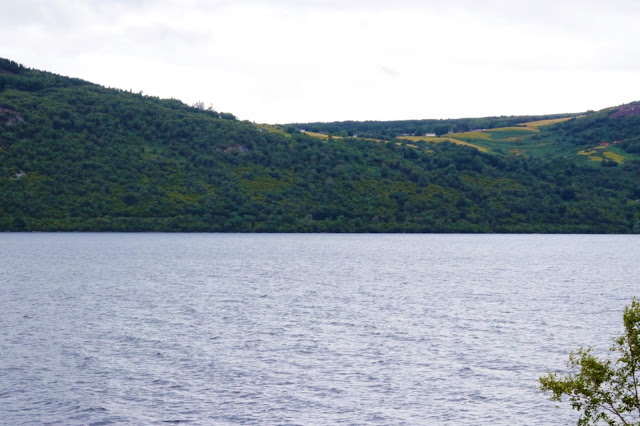 This day was a very special one for the kids during our trip, and is already a fond memory of all of ours. I am glad that we decided to do this one our way (instead of a pricy sonar boat tour on that cold day). Is it on your travel bucket list to see Loch Ness? 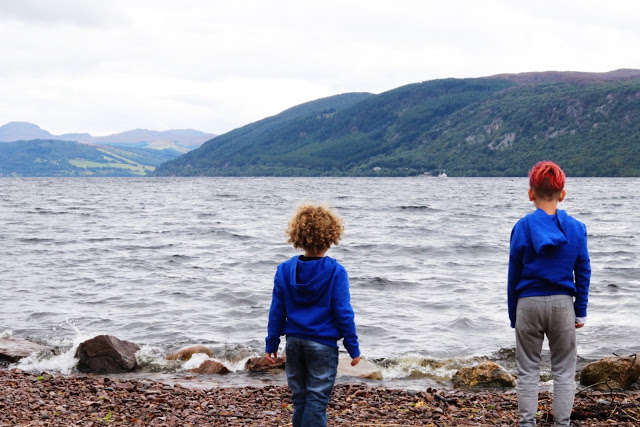 Stay tuned for more from our U.K. road trip in the coming weeks, with the Scottish Highlands next.