Wow, it is just incredible how fast a year goes by. One year ago I was home with a newborn, and now my “baby” is a one-year old toddler!

We celebrated his big “1” with a jungle-themed party since he enjoyed his Evenflo Triple Fun Jungle Exersaucer so much. The party turned out well, so I wanted to share some of the design elements and inspiration here for you in case you ever want to throw a jungle-themed party.

Disclosure: This post contains some affiliate links, which means that if you click on one of the product links and make a purchase, I may receive a commission.  This does not cost you anything additional, and helps me to keep the rest of my content free, so thank you!

I am fortunate to have a very talented friend who creates and sells custom stationery. Just like with Grayson’s birth announcements, I wanted something unique and customized based on the party’s inspiration, so I contacted The Cheshire Kat Designs to create a cohesive stationery theme for the event. Here is what we came up with. 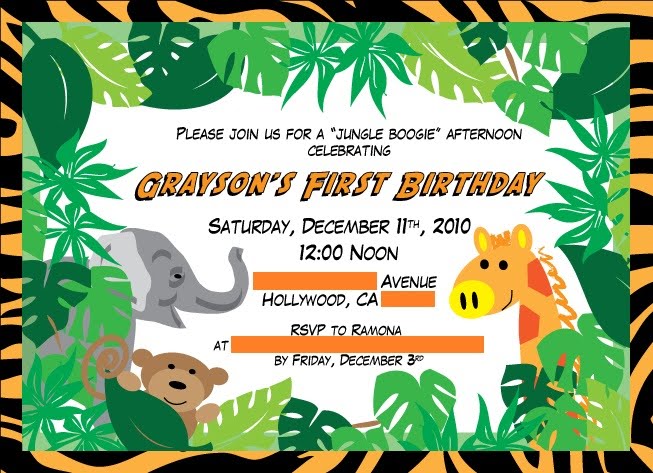 General Décor:
For me, the easiest way to do a jungle party and save on décor was to do the party outside in a spot with trees and greenery. Luckily I live in Los Angeles, and was fortunate to have a nice 80 degree rain-free day in December to work with. The courtyard of our building was nicely surrounded with shrubbery and palm trees, which made for the perfect setting.

Centerpieces:
For table centerpieces, I used a combination of mylar palm tree centerpieces found on eBay, as well as bunches of bananas. 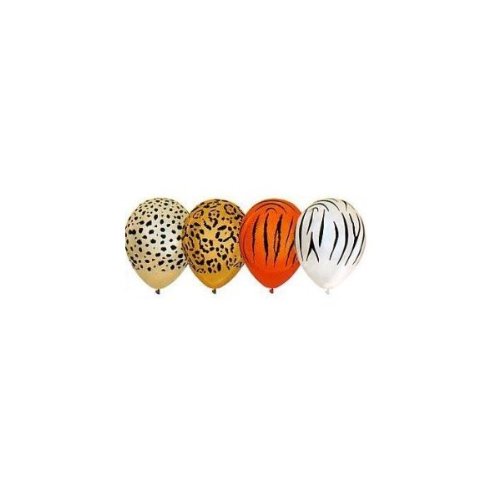 Tablecloths, Plates, Cups, Napkins, and Utensils:
I was able to purchase a lot of my basic décor items from the eBay store Sweet Creations Parties. The seller has a huge stock of party basics in a wide variety of themes and colors. They also shipped quickly, are mindful of your party dates, and gave me a nice combined shipping discount. I went with lime green table covers, chocolate brown napkins and cups, and lime green plastic cutlery.
The plates I actually got from a different retailer, because I was set on finding a classier (non-cheesy) animal-print plate. This is what I found: 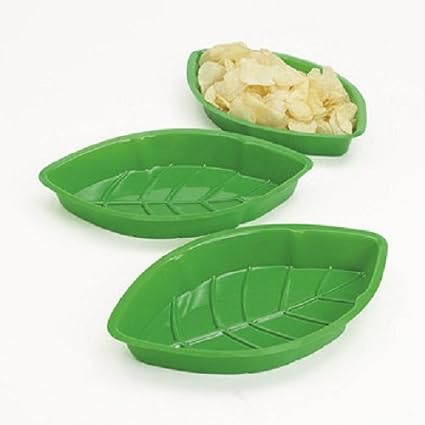 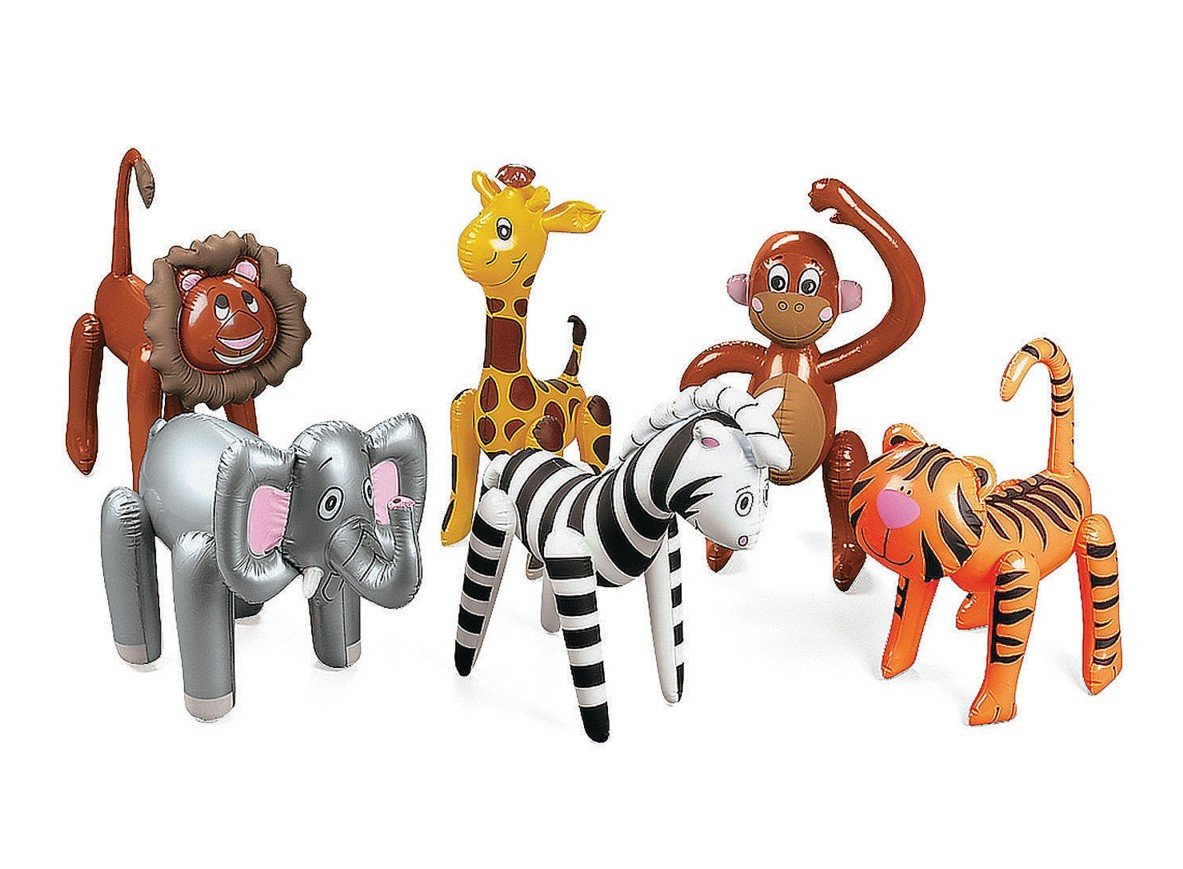 Since this was the first children’s party I have ever planned, I had fun choosing the favors. There are SO many choices on things to get for jungle-themed party favors and supplies, and at very competitive prices. Here is what made up each bag: 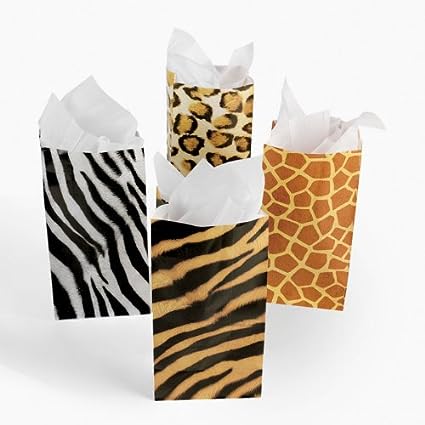 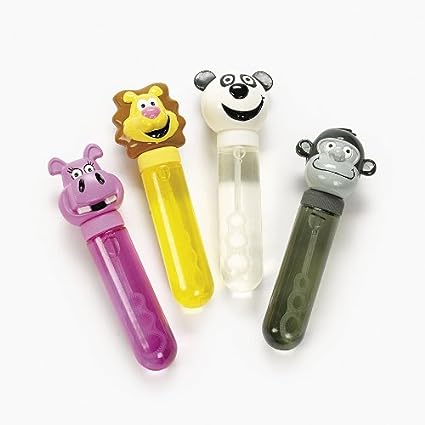 No longer available, but you can get these ones from Amazon instead 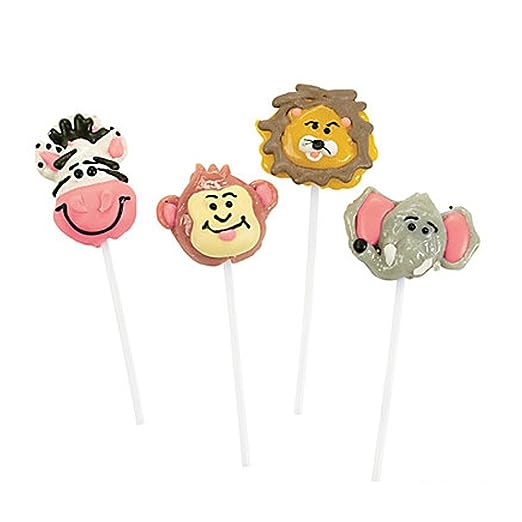 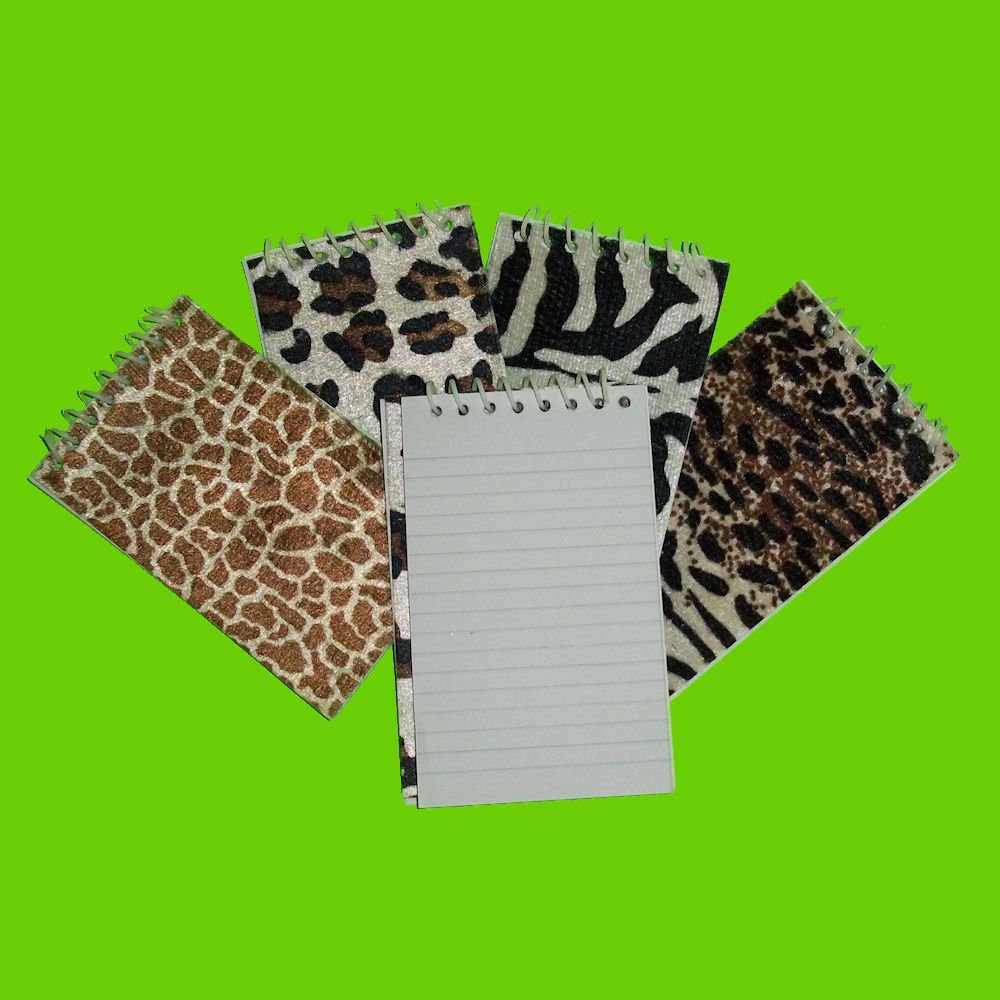 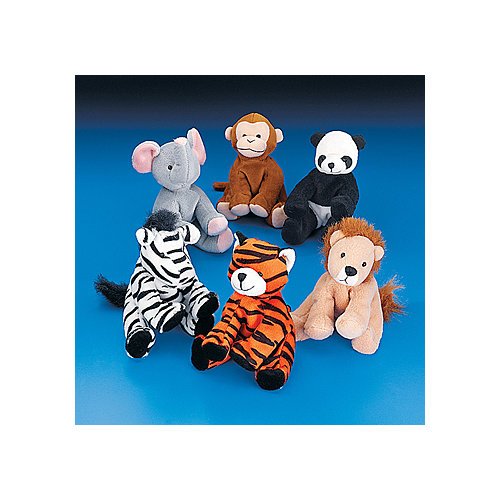 Animal Crackers:
For little snacks and an additional favor, I had a tower of animal cracker boxes on display.

I used lemon-lime Hawaiian Punch, but you can also use Green Gatorade.

I got four 3′ sandwiches from Subway, as they are budget friendly, can feed a lot of people, and hey, people like Subway. I named them “Safari Subs” to keep with the theme.

Starters and Sides:
I hit up good ol’ Costco for these. For an appetizer, I went with taquitos, and named them “Bamboo Shoots.” The side dishes were a pasta salad and a Mexican Caesar Salad that I nicknamed “Amazon Salad.” I served them in the palm leaf serving platters pictured above.

I decided to take on the task of actually making and decorating my own jungle animal cupcakes to save money on getting custom-designed cupcakes. While this did save money, it was pretty time-consuming making and decorating these in bulk. I got the design instructions from Betty Crocker, where they even have a helpful video tutorial for them. Then, I trayed them up with some fake grass purchased from a craft store.

I thought it would be a fun touch to have different jungle animal tracks leading from the elevator to the party entrance. I cut these out of construction paper.
Piñata:

The party activity (besides food, eating cupcakes and opening gifts) was a piñata. I was fortunate to be able to find a GIANT piñata in downtown LA at the Alameda/8th area for only $15.00. That’s right, this massive zebra only cost $15.00! They had other large piñatas too, but we decided on a zebra.

Wrapping Paper:
As an added details, we decided to wrap our gifts to Grayson in animal print paper. I was able to purchase some in a few different patterns from eBay store Sweet Creations Parties. They looked great as a starter to our gift table (which also had a lime green cover).

Playlist:
A jungle party needs a jungle-themed playlist! Here is the one I put together, downloading all the mp3’s from Amazon: 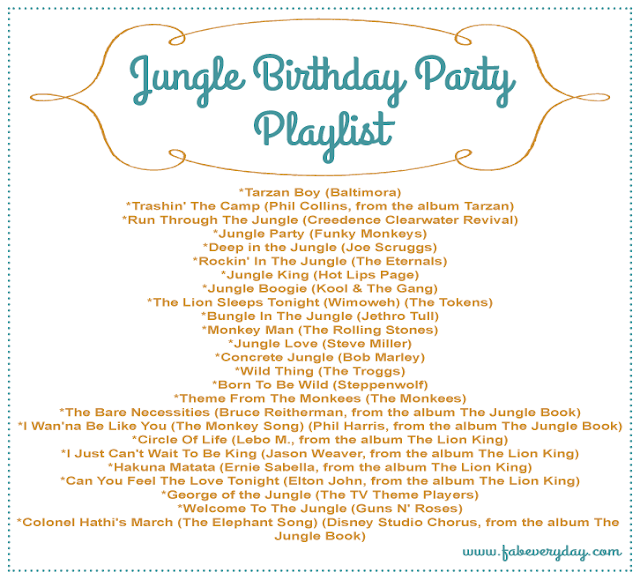